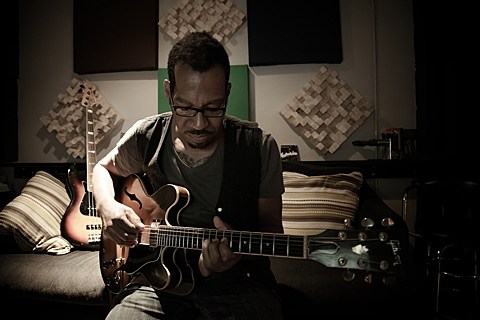 Former Ween drummer Claude Coleman Jr (who's also worked with Eagles of Death Metal, Butthole Surfers' Jeff Pinkus, John Medeski and more) is set to release a new album with his solo band Amandla later this year. It's called Laughing Hearts and follows his 2006 sophomore album The Full Catastrophe. Its newest single, the title track, pulls a bit from classic soul, jazz guitar and alternative rock, the kind of diverse mix you probably expect from a Ween member. It premieres here and can be streamed below. Live dates are TBA too, so stay tuned to see if he hits NYC.

Meanwhile, his former bandmate Geen Ween (or Aaron Freeman) will be in NYC this week when his band FREEMAN's tour hits Bowery Ballroom on Saturday (10/4) with Arc Iris. Tickets for that show are still available.

Stream the new Amandla song below...