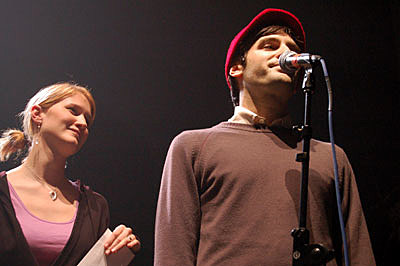 Nick Sylvester (aka Riff Raff) is the author of Pitchfork reviews like Serena Maneesh, Love is All, and the Death From Above remix album. Amanda Petrusich wrote Pitchfork's review of Illinois and Takk. Together they represented Pitchfork at the Plug Awards at Webster Hall in NYC on February 2nd. 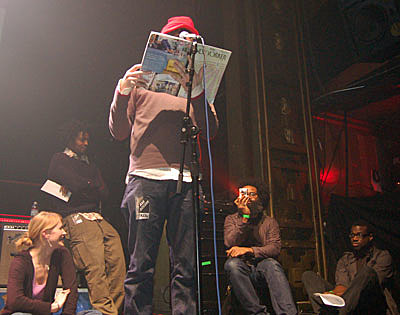 It was late, and the crowd was extremely inattentive when Nick took the mic. The chit-chat didn't phase him as he shirked his presenter responsibilities and read an article about pit bulls from the New Yorker instead. Inattention turned to booing. Nick continued to read. Aziz eventually pulled him from the mic, and quickly presented the award himself. TV On the Radio waited their turn to present next.

AND Tricia Romano was at the Plug Awards too.

TVOTR PRESENT ALBUM OF THE YEAR 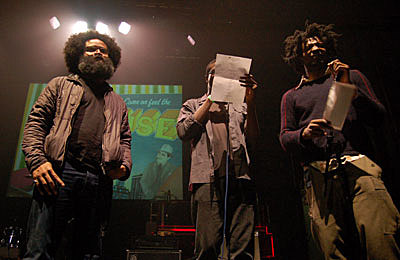