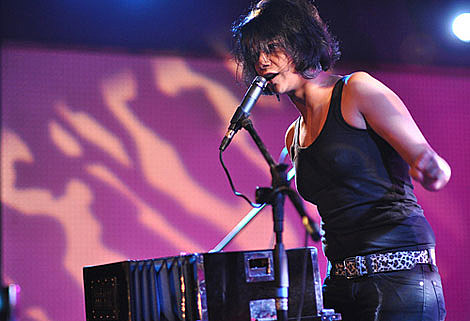 Dates and details below.... 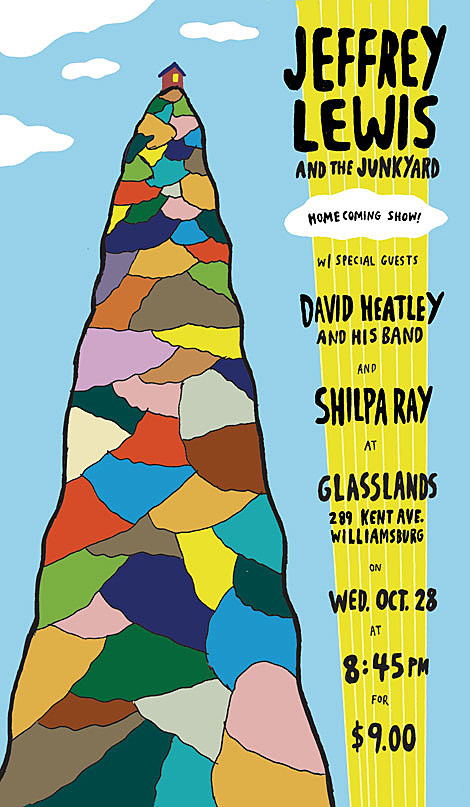 Jeffrey Lewis and the Junkyard
(Brother Jack on bass/keys, Drummer Dave on Drums)
will play a rare full band show in Brooklyn at Glasslands.

Wednesday Oct. 28th
Glasslands
289 Kent Ave Brooklyn, NY 1121 (L train to Bedford and then walk towards the water)
Doors at 8:45
$9
Jeffrey Lewis and the Junkyard
David Heatley and his band
Shilpa Ray (solo)

Jeff and the Junkyard return home after playing 24 shows in 28 days in 16 states - some with Shilpa Ray and some with Dr. Dog. Shilpa Ray is one of the most unique and inspiring musicians to come on of the NY music scene in quite some time. Shilpa played shows with Jeff and the Junkyard when they toured the North West last month. Also on the bill is comic-book artist and musician David Heatley (www.davidheatley.com), whose brilliant graphic novel My Brain is Hanging Upside Down was released last year by Pantheon. Heatley's high school band Velvet Cactus Society released two albums on Shimmy Disc in the 90's.