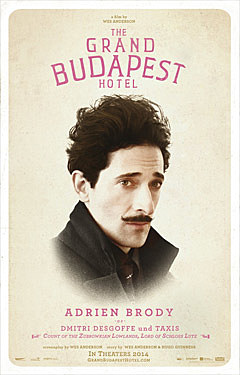 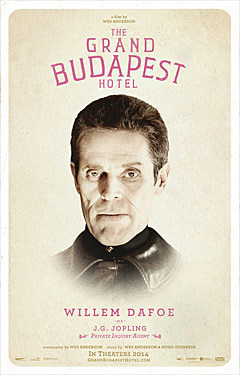 Wes Anderson's new film, The Grand Budapest Hotel, is in wider release across the country now. While whimsical and all that sort of thing you'd expect from the director who has a very distinct style, this is more of an adventure film than he's done before. For those who find him too precious, you might like this one.

This is also his first film not to have any modern pop in it -- though as most of the film is set in 1932 it makes sense -- but lontime collaborator / music supervisor Randall Poster has filled it with period music, and Alexandre Desplat's score fits the tone perfectly. If you've ever wanted to know more about Anderson's music choices, you're in luck. Randall Poster will be participating in a Reddit AMA (Ask Me Anything) today at 5 PM EST.

Poster and Anderson are planning a box set of all their soundtracks. Start saving.