The most anticipated MC of 2007? Joell Ortiz. Lets just hope Aftermath won't change him. Watch arguably the greatest EPK of all time. The hunger, the flow, the conviction. Incredible.

That video is what's right with Hip Hop. Now watch a prime example of what's wrong.

Those who knew Dave know he was a once in a lifetime person with an electric and captivating personality. He was a friend without equal, who was selfless with himself and his counsel, consistently living up to his mantra, "the only thing you cant make more of is time." He was a relentlessly creative, passionate and ambitious artist whose passion for music illuminated everything he touched.

Download "Outro" at Palms Out Sounds. And here's one more MP3 courtesy of the Fader: 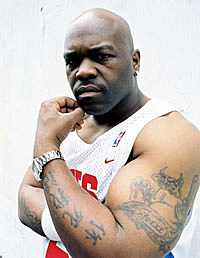 Freddie Foxxx aka Bumpy Knuckles, the scariest man in Hip Hop, is working on a new album featuring beats by DJ Premier, Alchemist, Pete Rock and more. Why can't Nas just do this?!! Check out 4 songs on Freddie's myspace page. Fire.

Mobb Deep's very own Prodigy has announced he's dropping a solo album on Koch produced in full by Alchemist. Why can't Nas just do this?!! 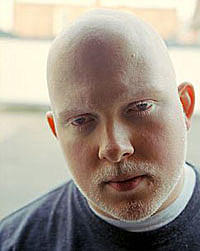 Lupe Fiasco, The Roots, Ghosface Killah, El-P, Brother Ali and The Coup are among those scheduled to play Coachella this year

OhWord writes about what is shaping up to be an album bound to land in my 2007 top 20: Brother Ali's The Undisputed Truth.

Fabulous managed to avoid the 4th quarter, and is now set to drop March 13th.

Idolator has the hard-to-believe story of a Timbaland beat jacking move (as seen here too). Timbaland is also working with Bjork.

Tru Life shows off his entertainment skill and sense of humor in this interview on Shade 45 Radio.

50 Cent comes out to agree with me on Jay-Z's Kingdom Come being a good album.

Clipse still hasn't sold out their Wednesday night show at Bowery Ballroom (and did tickets just go up in price?)

Independent rapper Timz, an American born rapper of Chaldean and Iraqi descent, and a nominee for Best Hip-Hop Album at the 2006 San Diego Annual Music Awards, sent us a link to his controversial new video.

Middle Eastern tinged beats with incendiary rhymes in an effort to shatter those ugly stereotypes that have plagued people who look like him since 9/11 and the start of the Iraq war.

Share your opinion on the song & video with us in the comments.