DOWNLOAD: Deaf in the Family - Who Are You (Brooklyn) (MP3)

DOWNLOAD: Kidz in the Hall - Wheelz Fall Off (Chicago) (MP3) 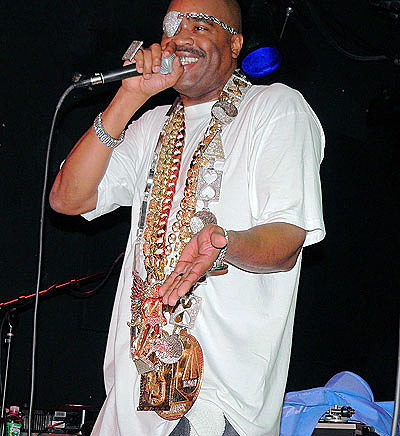 Angry Citizen has a review of the Slick Rick show. Prefix's Dave Park was at a DJ Premier tribute on February 13th. Prefix was also at the Clipse show that happened in Cambridge, Mass Tuesday night. All Clipse dates here.

SXSW
A ton of hip hop related artists will be appearing at SXSW this year. Aesop Rock, Cage, El-P, Masta Killah, Sage Francis, Diplo, Pete Rock, Devin The Dude, and The Pack to name a few - plus all the artists whose MP3s are linked above. Check out the full list at SXSW's site. Ghostface & Rakim aren't on the list, but they'll be in Austin too. Speaking of Ghostface, he'll be working with Postal Service.

EL-P
El-P announced five shows "in support of the release of his anticipated sophomore release 5 years in the making: 'I'll Sleep When You're Dead'"

"Flyentology" by El-P with Trent Reznor was released on iTunes last week.

MORE DOWNLOADS
The Rap Up has a "Classic" track by Nas, Kanye, Rakim & KRS-One.

And now I'm just going to refer you to six of the best Hip Hop blog posts in the history of the Internet ---> OhWord presents "50 Incredible Rap Songs You Need To Hear"...

Their descriptions are great too.

MORE NEWS
One of the worst-producers-ever recorded a terrible diss record against one of the best-producers-ever. It was a reaction to Timbaland's Give It To Me Song/Video. Timbaland also reveals the cover to his upcoming album.

The NY Times speaks on the DJ Drama arrests.

XXL Magazine asks a valid question: What is wrong with Busta Rhymes? 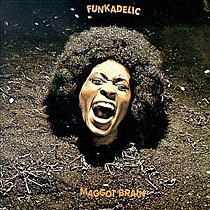 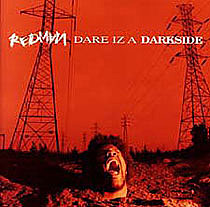 Read this great article on album cover art and compare some great inspired covers to their inspiration.

"One can hardly imagine the genre-busting, culture-crossing musical magic of Outkast, Prince, Erykah Badu, Rick James, The Roots, or even the early Red Hot Chili Peppers without the influence of R&B pioneer Betty Davis." Ice Cube, Talib Kweli, and Ludacris have rhymed over Betty Davis tracks. They Say I'm Different and Betty Davis were both recently re-mastered and re-released, by Light In The Attic Records, for the first time ever since the 1970's with special unreleased bonus tracks.

Somewhat of a travesty: MTV made a list of the Greatest Hip Hop groups ever.

Wu Tang Clan is playing some shows with Rage Against the Machine.

Public Enemy is coming to a town near you.

Tim Fite is giving his album away for free.