Sierra Leone's OkayPlayer-approved star Hip Hop artist, Dry-Yai, will be performing at Joe's Pub August 29th at 11.30pm We're giving away a pair of tickets. To win please email us at BVCONTESTS@HOTMAIL.COM (subject: Dry Yai). Include your first and last name. One winner will be picked at random and contacted.

I guess everyone made up and decided to play nice? 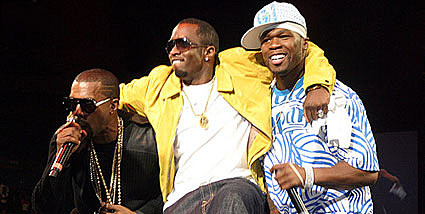 There were close to 20,000 people at Madison Square Garden on Wednesday night, and it's pretty much a given that none of them believe what they saw. Just imagine how much they've been calling, texting and MySpacing since the show. Heck, you might not even believe this when you read it, but as wrestling legend Kurt Angle would say, "It's true. It's damn true."

T.I. orchestrated a mammoth hip-hop moment, a piece of history in the form of an onstage party featuring the cream of the crop in hip-hop: T.I., Jay-Z, Diddy, Swizz Beatz, Ciara, Kanye West and 50 Cent. They were all onstage performing and partying together ... as in, everybody was onstage at the same time. [MTV] 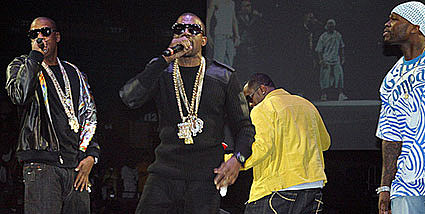