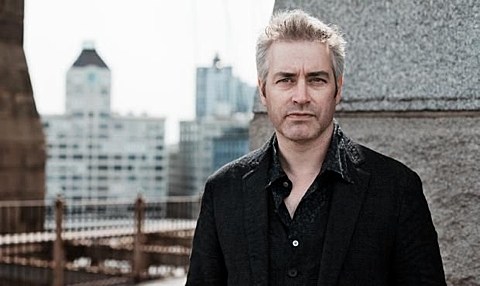 Wesley Stace (who used to go by his stage name John Wesley Harding, but is now using his real name) is set to release a new album, Self-Titled, on September 7 via Yep Rec Records. Two of the songs on the album -- "Stare at the Sun" and "When I Knew" -- were co-written by Wesley for Eleanor Friedberger's Personal Record, and they appear here in alternate versions. You can stream those versions, along with the album tracklist, below.

Wesley will also be taking his Cabinet of Wonders variety show on tour this year. The tour begins in NYC on September 13 at City Winery for a show that includes Decemberists side project Black Prairie, Janeane Garofalo, Keren Ann, Jim Lauderdale, Jon Mooallem, and Jon Ronson. Tickets for that show are on sale now.

The tour also hits City Winery again on October 18 and November 22. Ticket info and the full list of performers are forthcoming for those two. You can check City Winery's site for updates.

All tour dates are listed, along with the song streams and tracklist, below...

Wesley Stace - "Stare at the Sun"

Wesley Stace - "When I Knew"