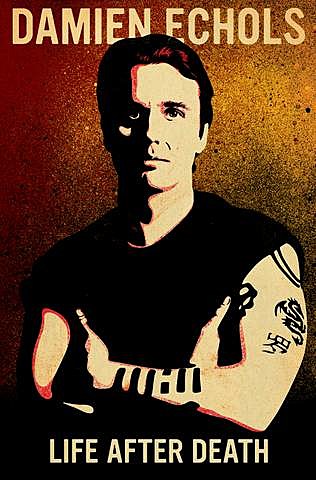 As you probably know, Echols was the supposed "ringleader" of the WM3 who were incarcerated for 18 years (Echols was sentenced to death, Jessie Misskelley, Jr. and Jason Baldwin had life sentences) for the 1993 murders of three boys in West Memphis, AK. After years of growing pressure from public support groups -- due in no small part to the Paradise Lost documentaries -- all three were released last August through a plea deal.

If you've never seen the Paradise Lost films, they remain gripping accounts of blatant injustice despite now knowing the outcome. The third film was released on DVD in August and all three are highly recommended. Meanwhile, Echols has just written a book on his experiences titled Life After Death which will be released on September 18.

This event comes just after Henry Rollins post-election residency at Joe's Pub. It's part of the "Live from the NYPL" 2012 season that also includes Pete Townsend talking with Paul Holdengräber on October 8, David Byrne discussing his new book How Music Works on December 5 (both sold out), and more. Full list is here.