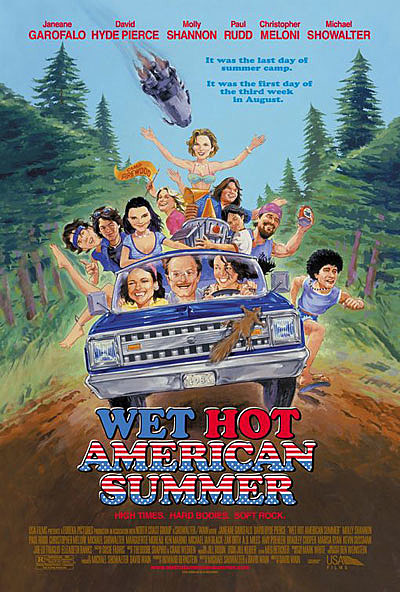 Wet Hot American Summer is currently Netflix on demand if you're into that kind of thing.

And David Wain hosted a 10th anniversary screening of the movie at the LA Film School theater (in LA) last night (6/9), and will be hosting a reception to celebrate a Wet Hot-inspired art show in Santa Monica tonight. The movie is also screening (sans David) in Boston tonight (6/10). More event info and the movie's trailer, below... 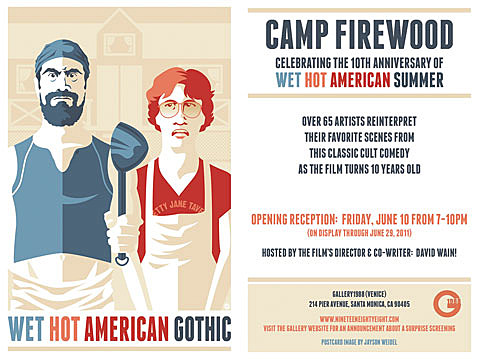