Also: watch a new trailer for their HBO special featuring a clip of their new LP 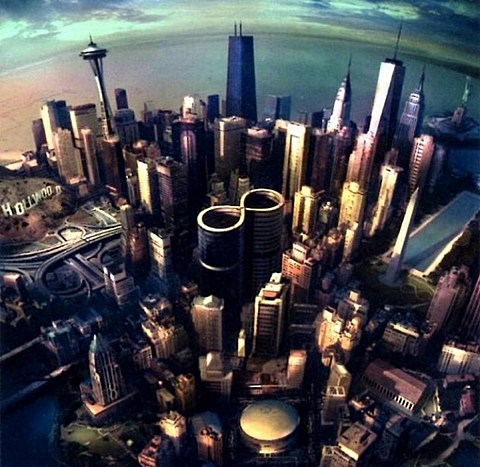 Foo Fighters are releasing their new album Sonic Highways on November 10 via RCA, and they'll be doing something in the NYC area as part of its promotion. Here's what they wrote:

Hey guys and gals in the NYC area... who's up to win a secret prize?
Here are the rules.
You must be able to be in the NYC area on Tuesday evening Oct. 14th, be 18 years or older and have govt issued photo id, and ready for a long night. if you are interested... send an email to foofightersgloria@gmail.com - Subject title: NYC. Send your first and last name, as it appears on you license or other ID.
Winners will be chosen at random.
If you are chosen, you will be notified by email with further details and instructions no later than 11pm ET tomorrow!
Contest is open now and closes at 9pm ET tomorrow, Oct 10th
Ready - go!

What could the secret be? In addition to the new album, the Foos will have an HBO special of the same name. You can watch a new trailer for that which features a clip of a song from the LP, below. That's the album art above.

In related news, Foo FIghters guitarist Chris Shiflett has covered Justin Townes Earle's "Look the Other Way" for Bloodshot Records' new compilation, While No One Was Looking: Toasting 20 Years of Bloodshot Records, which comes out on November 18 and collects "8 musical acts covering songs from the label's catalog." You can listen to his cover below...