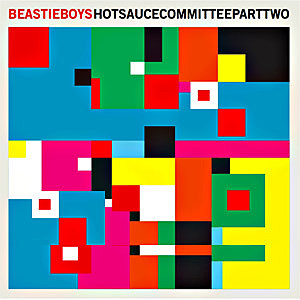 Beastie Boys sent out a message this morning with the subject "MSN MSG" which then just said:

I guess we'll find out what that means on Saturday.

In related news, though it doesn't seem very official, lots of people are posting the full, explicit, long version of "Fight for Your Right: Revisited" (the previous officially released video is a shortened version/trailer) which premiered in the middle of the night two nights ago on VH1 and MTV and Comedy Central. The full 21.5 minute video, which someone ripped from TV, if you can get it to play, is below...