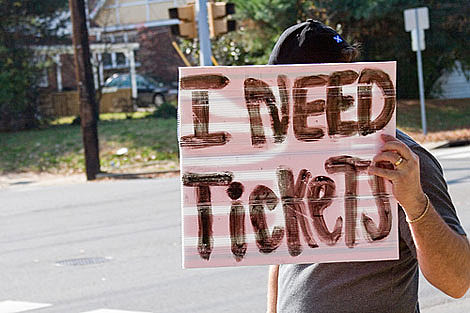 As pointed out this morning, there was a hearing on Captiol Hill today to discuss the Live Nation / Ticketmaster merger. Jim DeRogatis tuned in:

A native of downstate Danville, Azoff stressed his background as a music fan who traveled to Comiskey Park to see the Beatles and who promoted acts such as Dan Fogelberg and REO Speedwagon during his time at the University of Illinois. "This business is in far worse shape than many people realize," he said, adding that the merger is necessary to save it.

Rapino cited the benefits of Live Nation shows to local economies, claiming that one two-day event last summer at the Alpine Valley Music Theatre in East Troy, Wisc., pumped $5 million into the area. He did not name the artist.

Reuters covered it too, and points out that "Sen. Charles Schumer urged Ticketmaster CEO Irving Azoff to sell TicketsNow, which gave its parent company a public relations black eye just before the merger was announced."