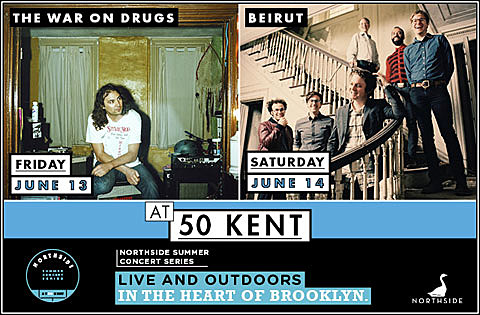 We hope we don't have to find out, but there is a Flash Flood Watch that "remains in effect until midnight EDT", right through the entire War on Drugs, Woods, Julianna Barwick show. Meanwhile, Northside Fest says "The show must go on!"

UPDATE: As of 6:30, IT IS RAINING HARD, but still no word on the show being moved or cancelled.

UPDATE 2: The War on Drugs is postponed until Sunday!