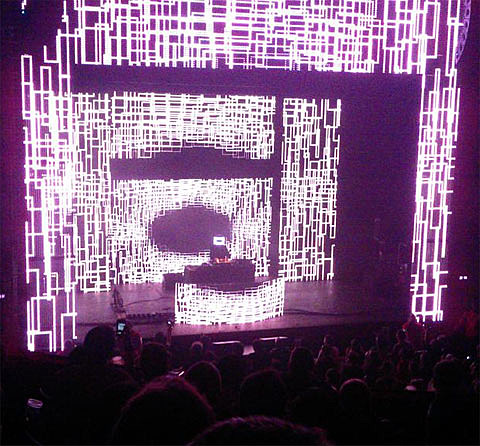 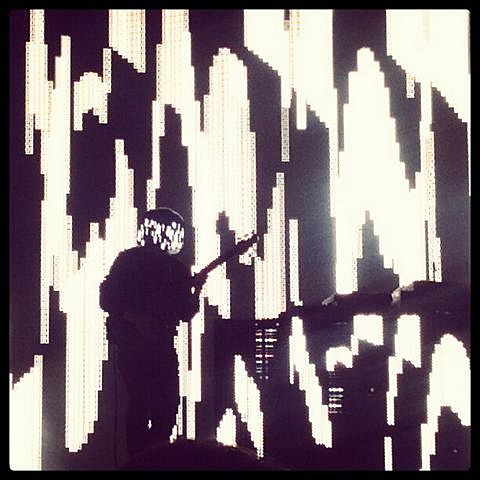 We already posted some of this, but here's an even more up to date list of NYC and NJ shows happening or not happening tonight (11/1/2012).

As mentioned, the Squarepusher, Bonobo (DJ), Holy Fuck, and Mount Kimbie show at Terminal 5 isstill on, and for what it's worth, there will be drink specials before Squarepusher's headlining set.

The Wolf Gang show that was supposed to happen tonight at Santos has been moved to Knitting Factory with The Royal Concept opening. Tickets to see the UK group are still available. Though, the show that was at Knit before is cancelled ("Sorry to tell everyone that Band Slam the Vote has actually been CANCELLED.")

Like Big Freedia last night, the Tom Tom Club show at Brooklyn Bowl is still on. Doors at 6 PM, show at 8 PM.

Questlove will DJ afterward with all proceeds going to the Red Cross.

Like everywhere else below 34th St, Mercury Lounge is still without power (though maybe not for long) and is closed tonight. The Darcys were supposed to play Mercury Lounge tonight (11/1) with Rey Pilabut it has been postponed to November 6.

At Death by Audio around the corner, they've got Roomrunner, plus Sleepies and EULA (who performed together last night as The Pixies), as well as Big Ups. $7 at the door.

JD McPherson, Donavon Frankenreiter (who was supposed to play Bowery Ballroom) and Sean Rowe are playing Music Hall of Williamsburg.

Tonight's K'Naan show at Highline Ballroom has been postponed.

The Meat Loaf show at Beacon Theatre, which was supposed to happen on tonight has been postponed to a later date: "Fans are encouraged to hold onto their tickets as we work to reschedule the show. An announcement about a new date will be forthcoming."

Woodkid was forced to cancel his dates in NYC, San Francisco, and LA due to the hurricane and its effect on major airports. The NYC show was supposed to happen tonight (11/1) at Irving Plaza and will be rescheduled to a TBA date. Tickets are refundable at the reseller.

As mentioned, the ESG show at Bowery Electric with Sinkane has been postponed to a later date TBD in December/January. The Voluptuous Horror of Karen Black show that was moved to tonight from Tuesday (10/30) has been cancelled.

As mentioned, all Dita Von Teese shows have been cancelled.

The Freelance Whales show at Webster Hall has been postponed.

Union Hall, however, is open as a bar... but tonight's Communion NYC has been cancelled. UPDATE: Union is now hosting a fundraiser with Riot Fox & Mount Sharp - 8:30pm/$10 proceeds to benefit Red Hook Initiative.

Barbes is open with Rachelle Garniez at 8 PM and the People's Champs at 10 PM.

Rhyme Calisthenics at Public Assembly has been cancelled due to "commute issues."

The Meter Men show at B.B. King Blues Club is still on but "if you bought tickets and cannot make it due to the storm, B.B. King Blues Club will once again honor ticket credits for future shows. please contact info@bbkingblues.com with proof of purchase to claim your credit."

Social Distortion were forced to cancel their show at The Chance in Poughkeepsie on Sunday (10/28), but both of their shows at Starland Ballroom in NJ tonight and Friday are CANCELLED TOO.

Found Footage Festival is happening at Maxwell's in Hoboken. UPDATE: Cancelled, they're still without power.

Over at Carnegie Hall, the performance by the Orchestra of St. Luke's with conductor Nicholas McGegan that was to be in Stern Auditorium / Perelman Stage, has been rescheduled for Saturday, June 1 with soloist to be announced. And the performance by pianist Wael Farouk, that was to happen in Weill Recital Hall, has been rescheduled for Saturday, June 1. Tickets for both November 1 performances will be honored at their new date.