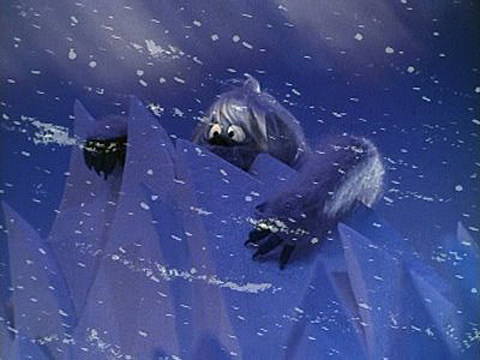 The blizzard was kind of not so blizzard-y (in NYC at least), but Winter Storm Juno has scared away most of tonight's notable shows. Here's a rundown of what is and (mostly) isn't happening, at least at this point. We'll update.

After initially being postponed, tonight's Years and Years show at Rough Trade is happening after all. Doors at 8 PM with the band on at 9 PM. This will be their first U.S. show.

London Grammar's show at Terminal 5 has been postponed to Wednesday (1/28). All tickets honored and refunds are available if you can't make the new date.

Tonight's performance of Mike Doughty's biblical rock opera at the WNYC Greene Space has been re-scheduled for Thursday (1/29). Wednesday's two shows will remain as originally scheduled.

The Louis CK concert at Madison Square Garden is canceled.

Marilyn Manson's show at The Paramount with Unlocking the Truth has been postponed, new date TBD.

Nick Hakim's final show of his residency at Mercury Lounge was initially postponed and now it's back on. Also still on: Adia Victoria early show at Merc with Mrs. Adam Schatz.

The Motion City Soundtrack show at Irving Plaza has been postponed till Wednesday (1/28).

Ska-punk fans: ReelBigFish and Less Than Jake's show at Best Buy Theater has been rescheduled for a time less likely to be affected by snow: June 16. The two bands' show on Wednesday (1/28) at Best Buy is still on for now.

Tonight could be a good chance to finally check out Sleep No More. it's open, and they're giving out "a complimentary toast of bubbly at check-in to warm your weathered soul."

Notable NYC shows that are still happening as of now:

Youth Code, Sannhet, and Statiqbloom show at Saint Vitus is 100% still on.

Jim Gaffigan "in conversation" with Judy Gold at 92 Y is currently still on.

Brooks Wheelan's show at Union Hall is still on and is a record release party for his new comedy album, This is Cool, Right?