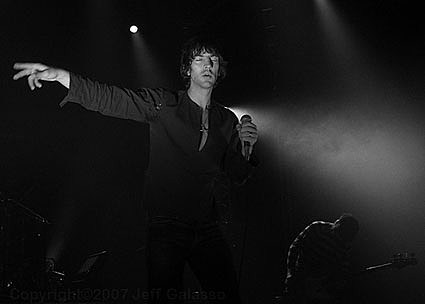 On June 26, 2007 the band's reunion was announced by Jo Whiley on BBC Radio 1. The band announced they would tour in November 2007, and are also set to release an album in early 2008. The band stated it was "Getting back together for the joy of the music". Missing from the band line-up is Simon Tong, who continues to work with The Good, the Bad and the Queen. [Wikipedia]

* Are The Verve playing Coachella 2008?
* The Verve added to Glastonbury rumour mill
* Live Review: The Verve, Roundhouse, London
* The Verve: A bitter-sweet reunion without any heart
* The Verve thank fans for 'most enjoyable tour ever'
* The Verve To Get Heavy And Groovy On New Album