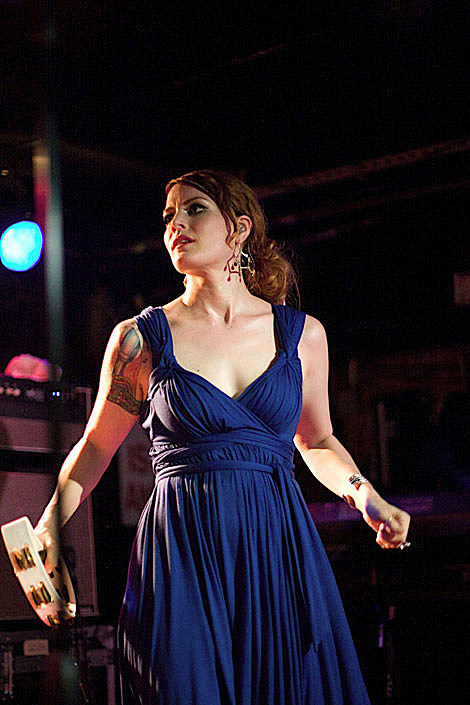 Marianne Dissard, the female voice in Calexico's song "Ballad of Cable Hogue", plays Joe's Pub tonight with Cordero who I saw live when they opened for Calexico.

Tonight will be one of the last Cross Pollination shows at Pianos, and it's on the main stage.

As BBG previously pointed out, "Florida's Khann will team up with Mockingbird, Before The Eyewall, and Divider for an all ages show at Acheron on August 24th. $10 gets you in the door. Khann are prepping their new LP, Erode, due on Black Market Activities later this year. The band recorded the LP with Chris Owens (Lords) during a recent East Coast tour that saw them appear at Lit Lounge with Tiger Flowers."

Ra Ra Riot will pull double duty today, and their new album (the occasion for it all) is streaming at AOL. The new video for "Boy" is below..