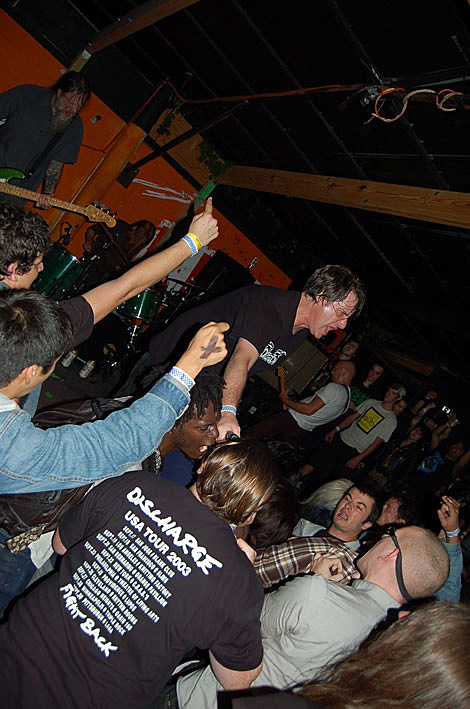 Bad Brilliance at Santos in 2009 (more by Andrew Frisicano) 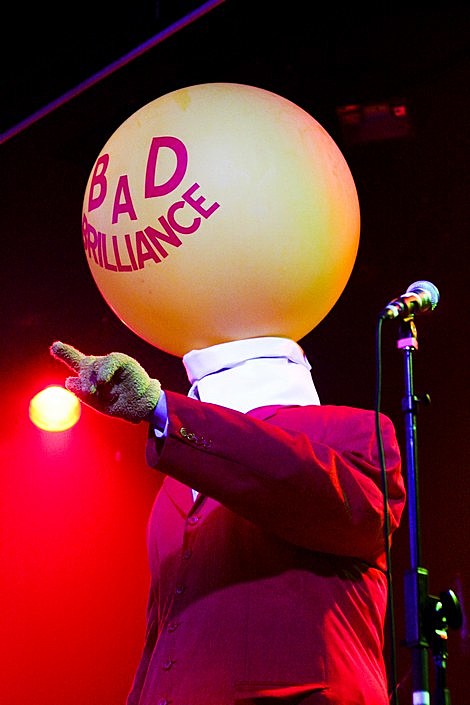 This is part 2 of What's Going On Saturday, Check out Part One too.

Soul party Dig Deeper hosts Dean Parrish and The Black Hollies at Southpaw tonight. Dig Deeper is also responsible for the upcoming Brooklyn Soul Festival at the Bell House featuring, among others, Eli Paperboy Reed who also plays a free show at the J&R MusicFest today.

When I mentioned Thurston Moore had been added to ATP NY, I forgot to post a reminder that Thurston was also making an appearance at Knitting Factory tonight.

Bad Brilliance will reveal himself. or so he says, tonight at Santos, which is unrelated to the Negative Approach/Tesco Vee show also happening at Santos tonight. A Bad Brilliance video promo for the show (not for children) below...

"Due to issues beyond my control, we had to move the show from Bruar Falls to Dead Herring"

Hello Nurse play The Studio on the same night The Cloud Room play Union Hall. The fact that neither venue existed back then aside, it's a 2006 flashback.

THE FIRST 100 PEOPLE TO THE MERCH BOOTH AT BOWERY TONIGHT:

CT-78: Bowery Ballroom free giveaway.
A tape and CD-R (both with the same tracks on it)
100% exclusive to this release. It will not be available digital.
Only 100 are being made, all numbered.
First 100 people to the merch table get one. Limit one per ticketholder.
1. Wild Nothing "Introduction"
2. Blank Dogs "Floorboards"
3. Zodiacs "Black Dreams"