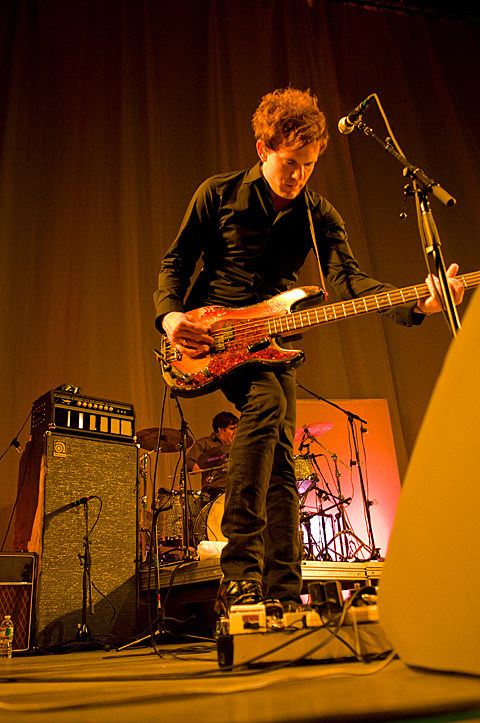 The Animal Collective Marathon continues as Deakin and Prince Rama kick off a tour at Glasslands tonight, and Avey Tare & Danny Perez have a conversation

To celebrate the release of their unique "visual album" DVD project ODDSAC (Plexifilm), Animal Collective's Avey Tare and director Danny Perez will join moderator Andy Battaglia in a discussion about how they see and hear--and work to blur the boundaries between the two.

Jay-Z and Eminem play their first of two shows at the new Yankee Stadium tonight.

The VMAs happened Sunday. The Black Keys won for "Breakthrough Video" and pretty much everything else went to Lady Gaga (Eminem and Jay-Z got some too). Robyn was there. Video of her on the red carpet below...