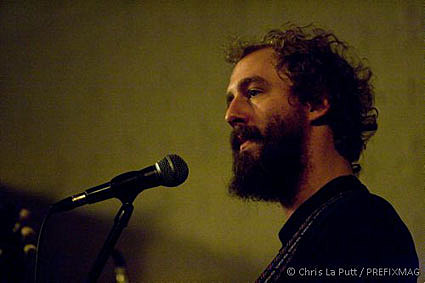 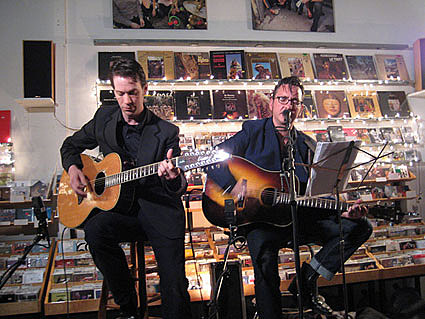 The Bowery show Saturday night was the first night of that tour and he had the crowd right where he wanted from minute one. The show was a lot like his Sin-e performance in March of last year. Hawley is a pro, as are his ace backing band, and his velvet croon was in perfect form. It was such a class act, it's one of the few times I wish the show had been somewhere like Joe's Pub, which would have been the perfect place to see him. (He's actually played there before, solo acoustic in July 2005 -- his only other NYC show was the Sin-e gig.) And we only got one song from Late Night Final ("Something Is"), and none from Lowedges or his debut. But when the mirrorball came on for his waltz-time single, "Hotel Room," it was one of those perfect moments where you felt happy to be just where you are. [Sound Bites sums it up] 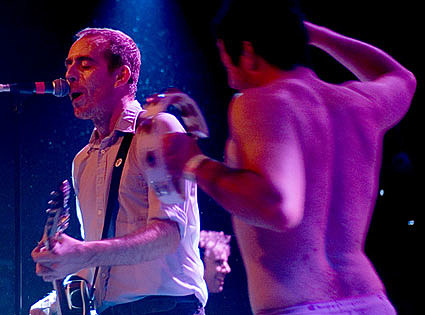 All the above shows are happening between Christmas and New Years. Actual New Years Eve shows are listed HERE.

The Tegan and Sara RAC remix was a popular one the other day, so here (above) are a bunch more. Plus, don't miss the new Belle and Sebastian song, and the one by Super Furry Animals.

Phosphorescent at Sound Fix and Richard Hawley at Bowery Ballroom where two of my favorites shows in December - both of which I forgot to post about afterwards. I wasn't actually at the Hawley Other Music show, but I liked the above pic of it better than any I saw from Bowery. Speaking of Other Music, they posted the video from the No Age in-store. Speaking of No Age, they're touring with Liars (Brooklyn show = 2/9 @ Warsaw) (and 2/11 @ ?).

And speaking of things I meant to post: "Ted Leo - Boys Gone Wild" would have been the perfect sequel to "Ted Leo - Girls Gone Wild".

I really loved No Country For Old Men. Have you seen it? Have you seen Juno, The Great Debaters, Walk Hard, or There Will Be Blood yet? What about the new Batman trailer? Are you excited for The Hobbit?

What else? Some videos below....