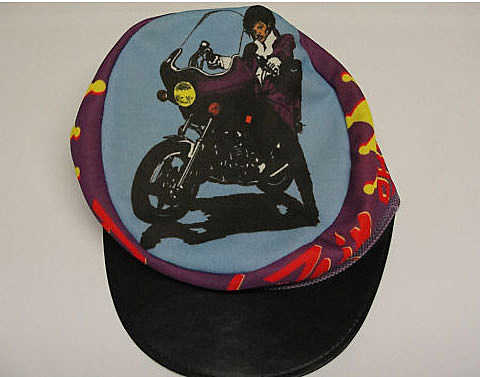 Prince is also holding a press conference at MSG this afternoon before the show...

Prince continues his mission to pay forward the knowledge and pave the way for the next generation to attain its greatness. On Monday the music icon will bestow special gifts upon the Harlem Children's Zone (HCZ), The Uptown Dance Academy, and the American Ballet Theatre during a 4:45 pm press conference featuring HCZ's President and CEO Geoffrey Canada and students of the community-based educational organization. Representatives from the Uptown Dance Academy and the American Ballet Theatre (ABT) will also be on hand. Monday's concert, which will be opened by the dynamic musical artist Cee Lo Green, marks the close of the first leg of Prince's phenomenally successful "Welcome 2 America" tour, one of the highest grossing recent tours in the country.

At the press conference, 30 students of the Harlem Children's Zone--chosen for their musical aspirations--will get to stand on the stage of the world's most famous arena. After the press opportunity, the youngsters will get to meet Prince and the New Power Generation band and to interact with make-up, wardrobe and technical professionals for the show backstage.

Prince is donating the solid gold Fender® Custom Stratocaster® guitar crafted by Senior Master Builder Yuriy Shishkov, which he has used during the "Welcome 2 America" tour, to raise money for the Harlem Children's Zone (www.hcz.org). The instrument will be auctioned off by Charity Buzz, known for its online auctions supporting nonprofits. Details about the auction and what is to be Prince's ongoing support of the HCZ, Uptown Dance Academy and ABT--whose ballerina Misty Copeland performed with Prince during the tour--will be released during the press conference. As Prince brings the tour to new cities across the nation, he plans to make similar donations to other exemplary educational and cultural institutions.

Filed Under: Prince
Categories: Music News, What's Going on Tonight in NYC
Comments
Leave A Comment
Back To Top