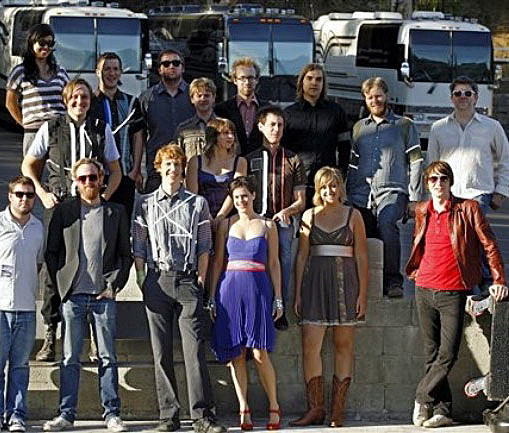 The Spiderman musical is having a rough time. In related news, the dude who plays Spiderman is in the band Carney who are playing Bowery Ballroom tonight. Acutally all of Carney play in the musical that was written by U2 who Carney are opening for, along with Arcade Fire, at their show in New Brunswick, Canada on July 30, 2011.

Arcade Fire won "Album of the Year" at the Grammys.

LCD Soundsystem are on the Colbert Report tonight.

A video of Little Scream playing "The Heron and The Fox", below...

Video of Cee-Lo's Grammy performance below...

Little Scream "The Heron and The Fox" (live)