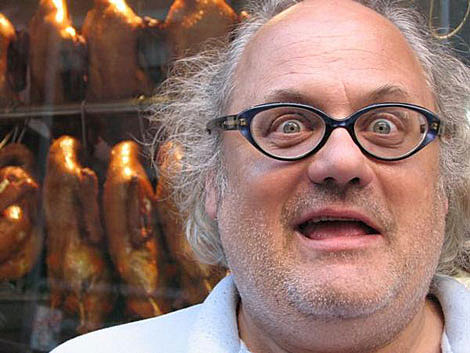 "The 1991 edition of The Trouser Press Record Guide says this about him, "On his compulsive own, the guitarist/leader of the late, lamented Shockabilly has spewed forth a ceaseless stream of records and cassettes that easily represent the oddest version of country and folk music ever." From what I can tell, Chadbourne hasn't really mellowed or slowed down since. Chadbourne has collaborated with a Who's Who of improvisational/experimental musicians, including Marc Ribot, Henry Kaiser, John Zorn, and Fred Frith, as well as bands like Camper Van Beethoven and They Might Be Giants... many of whom performed at the two-week Chadfest in August 2007. I don't claim to follow Chadbourne's career closely, but he is a legend and there is a direct through-line from his work to bands like Animal Collective and Dirty Projectors. A chance to see him up close somewhere like [Bruar Falls] should be a treat." [Bill]