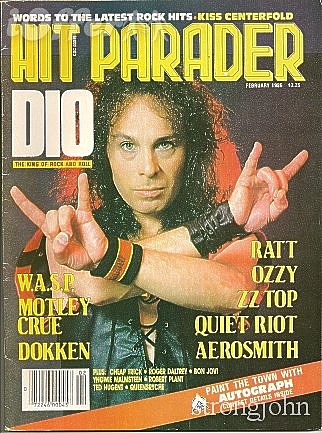 Ronnie James Dio passed away one year ago today.

If you look closely at the picture of the 1986 issue of 'Hit Parader' above, you'll notice there is also an article in there about everyone's favorite gun advocate Ted Nugent.... who was spotted hanging outside Public Assembly Saturday night (he did not go in and watch any of Coliseum), and who is strangely the special guest at Les Paul night at the Iridium tonight.

J-Roddy Walston & The Business and These United States continue a residency at Brooklyn Bowl tonight.

The Great Escape festival in Brighton is now over. We'll have a bit of coverage coming soon, but in the meantime you can find the photos Tim has uploaded so far, at the BrooklynVegan Facebook page.