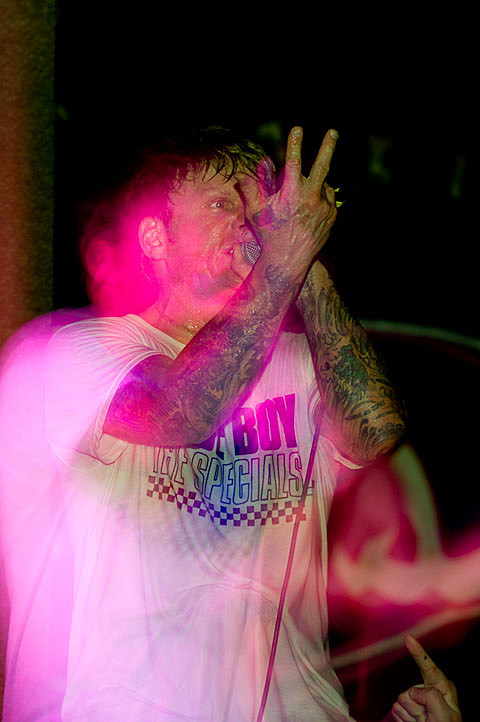 Check out This Week in Indie.

See what's happening on the Fourth of July.

Beyonce celebrated the start of the Fourth of July Weekend with a divalicious performance on 'Good Morning America' for the news program's weekly Summer Concert Series. We didn't think anyone could come close to Lady Gaga's show-stopping, Memorial Day Weekend performance, but Beyonce's performance was right up there with the Mother Monster's.

Bey took the stage at around 8:15 with her wild mane of curls that's she's been pumping lately and a lemon yellow, crocheted mini accessorized with statement earrings and rings. She was greeted by thousands of screams that caused her to take a pause before she started dancing her a- off to 'Run the World (Girls).' Who needs coffee when you've got a wake up cup of Beyonce and her percussive single to jar you from a sound sleep?

The stage was decked out in a black-and-white diamond pattern that looked like something out of 'Alice in Wonderland,' but even the busy backdrop couldn't compete with Beyonce or her laser-focus. Much like her Glastonbury performance and her record release show on London, the Queen B smiled ear-to-ear throughout her whole performance; performing is obviously her favorite thing in the world. She ended the song with a salute.

During the interview segment with Robin Roberts, Bey proclaimed, "I feel so so good," acknowledging the super fans who were there for 24 hours. She talk about stepping off the stage and into the audience, saying, "I learned how to appreciate what I worked hard for. It's hard to see when you are moving so fast." She talked about the musical gumbo that is '4,' saying she wanted to bring bridges and chords back to the radio and to not make radio songs. She also beamed about her upcoming role in the remake of 'A Star Is Born,' which will be directed by Clint Eastwood. Lastly, she declared that her message is always one of female empowerment, saying, "I want to write and sing songs that we as women want to hear. Sometimes it's hard to realize how amazing we are." [PopCrush]

if you missed New Moods opening for Sean Bones last night, catch them this evening with Memory Tapes.

KEXP posted four videos from Steve Earle's visit to their studio. Check those out below...