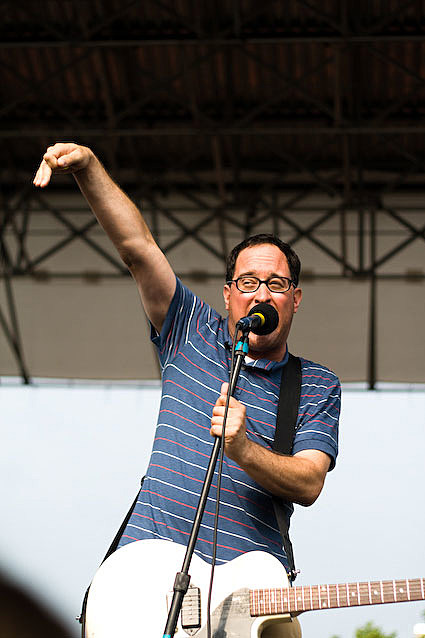 If you were able to get a ticket, don't forget to get over the Beekman Beer Garden early tonight. Beach opens at noon. Doors at 6. Caveman on at 8. The Hold Steady on at 9.

ACL is this weekend in Austin and streaming.

PaperGarden Records is hosting this event at 104 emerson place in Brooklyn...

Musically, we have brought an array of acts, both within and outside of the Paper Garden roster. Showcasing Paper Garden Records' Pree and Little Tybee, we have also brought on outside guest DJ sets from Bear Hands, Delicate Steve, and DJ Bearbait (Pattern Is Movement) as well as performances from Snowmine, Twi The Humble Feather, ARMS, Team Genius, EULA, Caged Animals, Data Dog, Afuche, Whale Belly, Lowell, Progress, and Marra Barr.

In addition, we will have comedy sets from Chris Betts and Aaron Kominos-Smith (Funny Aaron) amongst visual art from Ugly Art Room, PBR Art, and more.

Throughout the day, we have invited sponsors from some of the best up-and-coming music-related tech startup companies to join us and create fun and interactive ways to use their services. We'll be joined by the lovely folks from Thinglink, Grooveshark, and Livetapp.

Oh, and did we mention FREE BEER from PBR and FREE VITAMINWATER yet? Because yeah, that's happening too!

The flyer is below. 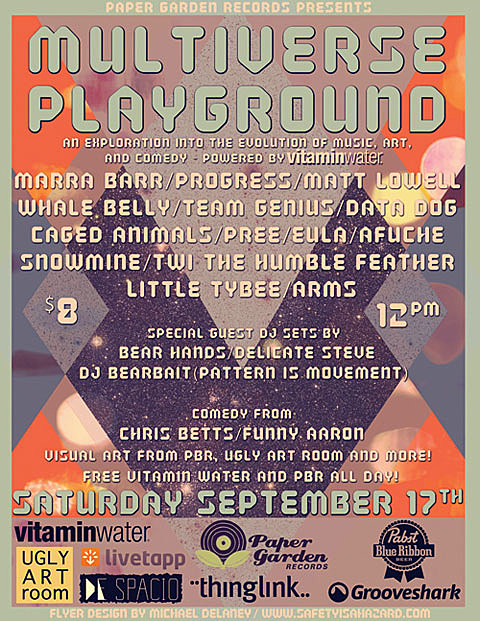