"hate me, but listening to the new Radiohead material reminds
me just how mainstream I really am." - Megumi Terui 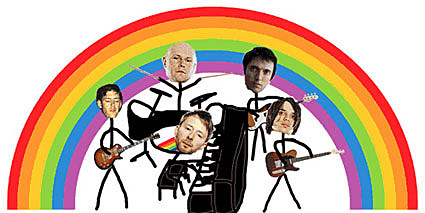 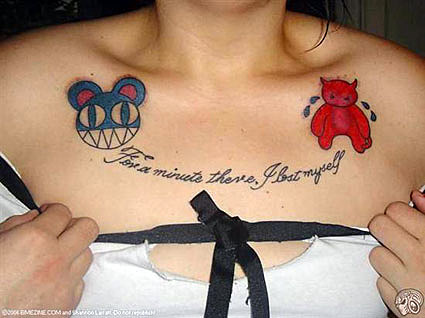 "I've never even heard 'OK Computer', but anything by Radiohead doesn't make much sense to me. Everyone's going on about Radiohead pushing things forward, but the only thing they're famous for really is songs like 'Creep' innit?" - Liam Gallagher

"Some ticket holders for this week's New York shows have chosen to re-sell one or both of their allocation on auction sites. Using a 2 ticket limit and will-call only access with ID, we have tried to ensure that more tickets go to the people who prefer to see the show than to cheat fellow fans with re-selling tickets at exorbitant prices.

For those of you who have to pay over the face value of the ticket, PLEASE make sure that you are certain you can get into the show before parting with your money. A ticket is only valid with its matching credit card details and the ID of the purchaser, after which the ticket holder will be escorted straight through. "

KEXP posted a 17 minute Arctic Monkeys in-studio performance that you can watch below...