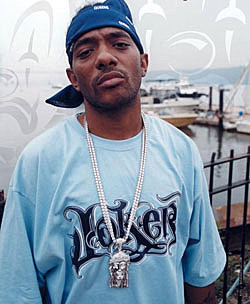 Albert Johnson (born November 2, 1974), better known as Prodigy, is an American rapper and one-half of the hip-hop duo Mobb Deep with Havoc........On October 9, 2007, Prodigy plead guilty to unlawful gun possession charges. Since this was his third gun conviction, he was facing a fifteen-year sentence, however, he has struck a plea bargain giving him a commuted sentence of 3 1/2 years. Prodigy maintains the search of his car was an illegal search prompted by a traffic violation, and unwillingness to cooperate with the police in a buy and bust operation targeting rapper 50 Cent. [Wikipedia]

Videos from Cat Power's recent appearance on Jools Holland below. What else?