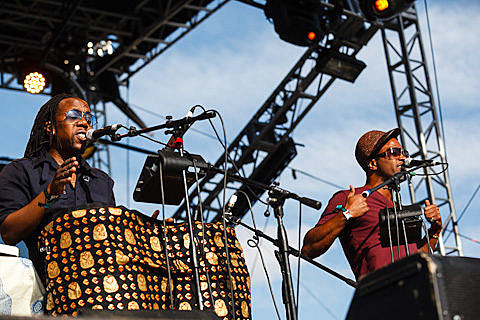 Wilco play Prospect Park for the second night in a row tonight, with Lee Renaldo opening. Pictures from last night's rainy, bacon-scented show are here. After the show tonight Wilco members can also be found at a "Secret Late Night Gig" (an Autumn Defense show at The McKittrick Hotel).

Purity Ring's show tonight at Le Poisson Rouge is sold-out but they just announced a Bowery Ballroom date in September.

California punks Ceremony take on Violent Femmes' "Kiss Off" on AV Undercover which you can watch below.

Baroness, who play House of Vans on August 29, have a new video for "Take My Bones Away" which you can watch below.

Samothrace, who'll be in NYC in September, have a new song you can stream below.

You can also check out the "official director's cut" of OFF's video for "Borrow and Bomb" below too.