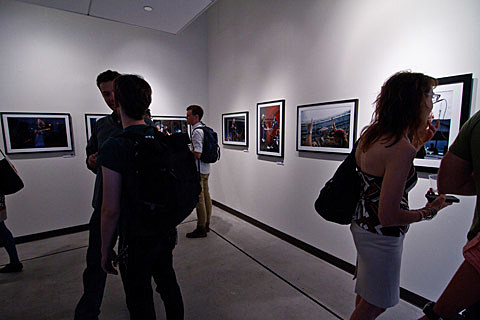 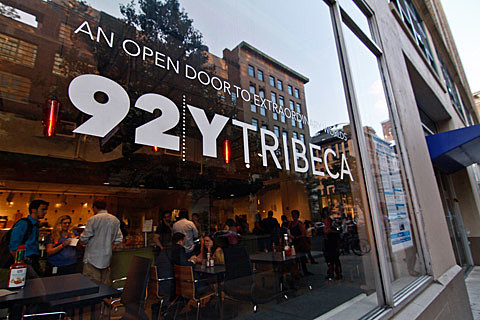 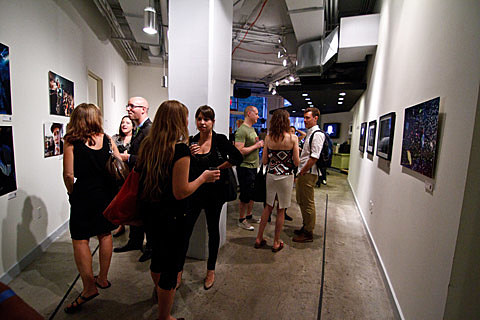 BrooklynVegan photo exhibit "480 Pixels" is up at 92YTribeca through September 6th. Stop by and check it out!

If you're looking for something to do this afternoon, Bosco Delrey, Zambri, Prince Rama, and Javelin are playing a free show under the DUMBO archway. There will be Smorgasburg food vendors and other fun stuff and festivities start at 2PM with bands starting around 3:30 PM. If you can't make it, they're streaming the show live here.

Tonight, Celebration play their old haunt Union Pool with Mike Wexler and Hiro Kone. Singer Katrina Ford is an instense, magnetic frontpersons and their live show is always something else.

Speaking of something else, the Film Society at Lincoln Center is showing 1980's indescribable cult flick The Apple tonight as part of their Midnight Movie series. If you've never experienced this phantasmagoric musical, maybe it's time to give way to BIM. Tickets are still available. Trailer for this masterwork is below.

Speaking of movies, don't forget we're showing one for free this Monday.

Animal Collective made a video for their song, "Today's Supernatural," the single off of their upcoming album, Centipede Hz, which will stream in full on this Sunday's Animal Collective Radio show. Check out the video below.

Beth Orton, who will have a new album and NYC shows in October, played The Late Show with David Letterman earlier in the week. Watch her performance of "Magpie" below.