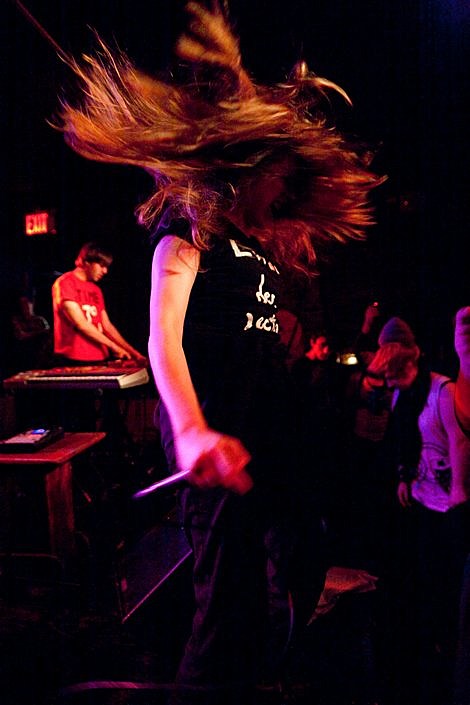 Montreal's Duchess Says make a rare NYC appearance tonight at Public Assembly. Be prepared to get up close with singer Annie-Claude.

Mike Birbiglia's movie Sleepwalk with Me opens at the IFC Center tonight. The midnight screening has free popcorn and soda if you wear your pajamas. Mike and co-writer Ira Glass will be there too. Trailer for the film is below.

BrooklynVegan photo exhibit "480 Pixels" is up at 92YTribeca through September 6th. Stop by and check it out, the gallery is open until 8:30 PM tonight.

Bob Mould, who plays a free show at Williamsburg Park on September 7, just
released a video for "The Descent," the first single from Silver Age, his first
album for Merge Records. You can watch it below.

The xx, who played NYC recently and will be here again in October, played live in a Tokyo highrise. Check out their performance of "Angels" below.

Deep Time have made a ghostly new video for "Gold Rush," a track which can be found on their new album. You can watch that below as well.

JJ DOOM (Jneiro Jarel and MF Doom), whose new album is streaming just made a video for one of its tracks, "GUV'NOR," which you can watch below.

'Sleepwalk with Me' trailer

The xx - "Angels" live in Tokyo