Here We Go Magic at Sasquatch 2012 (more by Chris Graham) 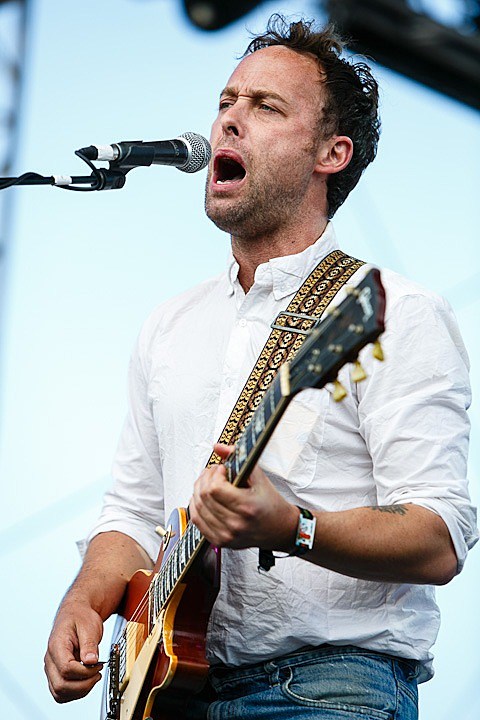 Tonight's Avett Brothers show at Central Park has been postponed till 9/24 due to the tornado watch that's currently in effect.

Jon Spencer Blues Explosion's new album, Meat and Bone, is out today and BrooklynVegan is presenting record release party tonight at Bowery Electric. The only way in was to have bought the album through Other Music or won tickets from us. It's now sold out but you can, however, watch the JSBX's new video, "Black Mold," below.

Bobby Womack and his all-star band (Damon Albarn, Kwes, mems of TVotR) are playing a free show and Q&A at Apple's fancypants SoHo store tonight at 7 PM which is likely to be very, very crowded.

Band of Horses, who release their new album, Mirage Rock, today and play House of Vans tonight, taped a "Live on Letterman" concert last night (9/17). You can stream that entire concert below. You can also stream Mirage Rock in its entirety below.

Aimee Mann's new video, "Labrador," was directed by Tom Scharpling and features his WFMU cohort (and Superchunk drummer) Jon Wurster, as well as Ted Leo and Jon Hamm. Watch it below.

We already posted pics from A$AP Rocky's Fashion Week performance at the Adidas Store, and now you can check out video from the event that also features Jeremy Scott, A$AP Nast and Flatbush Zombies. Watch it below.

The Family Bqnd made a skeletal video for their song "Moonbeams" and you can watch that below too.

Band of Horses on "Live on Letterman"