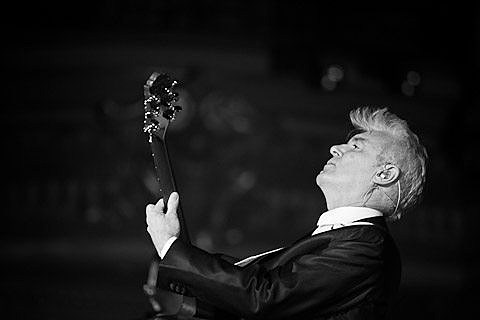 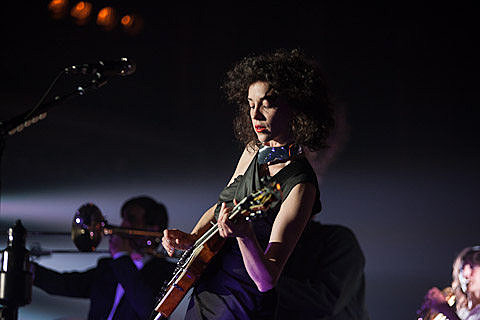 David Byrne and St. Vincent are here this week, playing the Beacon Theatre tonight and tomorrow (9/26) and Williamsburg Park on Saturday (9/29). You can read BV Chicago's review from last week if you want to know what to expect, as well as bandmember Kelly Pratt's tour diary.

Another David is in town, too. Onetime Bauhaus and Love & Rockets bassist David J. performs tonight at The Delancey.

Meanwhile at 285 Kent, it's a similar, if gloomier, vibe with four local bands: A Rex & J Rex, Young Boys, Punks on Mars and Gross Relations. Only $5 for this one and you can stream Young Boys' most recent EP below.

Rock writers Rob Tannenbaum and Craig Marks celebrate the paperback release of their book I Want My MTV: The Uncensored Story of the Music Video Revolution at Rob Tannenbaum, Craig Marks, Chuck Klosterman @ Book Court">Book Court in Brooklyn. Moderated by Chuck Klosterman, they'll discuss "the heyday of music videos, and whether or not MTV now sucks." The event is free and starts at 7 PM.

Rafiq Bhatia plays the first night of his Pianos residency tonight with Anti-Pop Consortium and Alexander Overington. BrooklynVegan is presenting the show. You can stream Rafiq's new EP here.

Savages revealed a stream of "City's Full" from their upcoming live EP. Listen to that below. As discussed, the band will be in NYC for CMJ.

Chelsea Wolfe, whose new album, Unknown Rooms: A Collection of Acoustic Songs, is out next month, was filmed beautifully performing "The Way We Used To" by Out Of Town Films. Watch below.

Dum Dum Girls' excellent new EP, End of Daze, is out today and the band just released a video for its trippy track "Lord Knows" which you can watch below. The band play Europa on Sunday (9/30).

Miguel is streaming his new album, Kaleidoscope Dream, which he gradually began to release in three parts, in its full completed form over at NPR.

Chelsea Wolfe - "The Way We Used To"