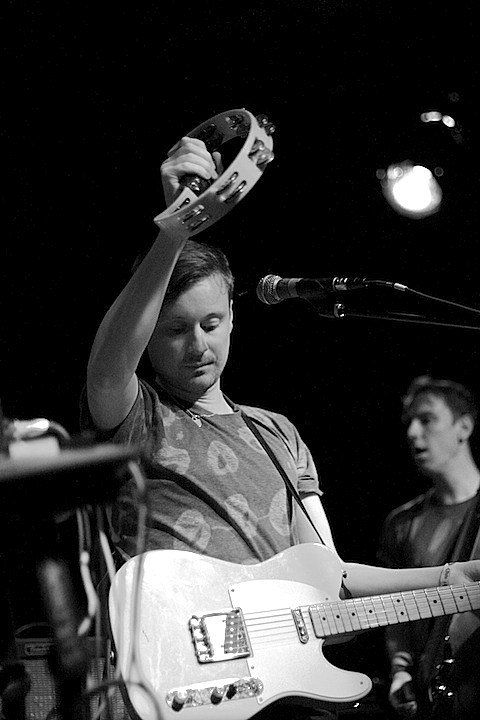 Django Django play Bowery Ballroom tonight, their first NYC show since visiting right before SXSW back in March. Tonight is sold out, but you can still get tickets to see them at Knitting Factory on Thursday (10/4).

Around the corner at Death by Audio, you can catch SISU which is Sandy from Dum Dum Girls (who just played Europa). The show also features the always fun Xray Eyeballs and Numerators. Also a really good show. SISU play NYC again at Glasslands on 10/10 with Grooms, Royal Baths and Punks on Mars.

James from Altar of Plagues has a new electronic musical project called Wife and you can check out the video for the brooding "Bodies" below.