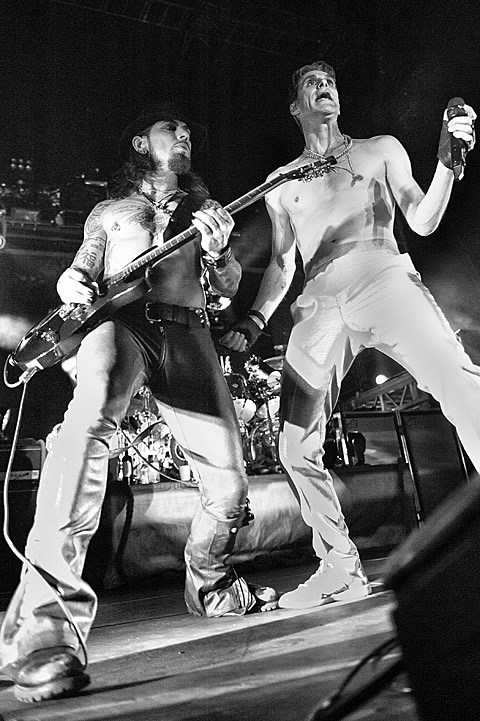 Coldplay begin their three-night NYE run at Mohegan CT tonight, which hits Barclays Center on 12/30 and NYE, the latter of which is also with Jay-Z.

Kanye is on night 2 of his three-night run in Atlantic City.

The Felice Brothers begin their three-night NYE run in CT tonight, hitting Maxwell's on 12/30 and Mercury Lounge on NYE.

My Morning Jacket wrap up their three-night run at the Capitol Theatre tonight with Floating Action opening.

The Bouncing Souls wrap up their annual holiday shows at the Stone Pony tonight. Jawbreaker/Jets to Brazil frontman Blake Schwarzenbach's band Forgetters opens, along with Barstool Prophets, Make Do and Mend, and Wet Witch.

They Might Be Giants begin their three-night run at Music Hall of Williamsburg tonight.

Lucero wrap up their 2-night stand at Brooklyn Bowl tonight. They play NYE at Wellmont Theatre with The Hold Steady.

Phish and The Disco Biscuits both continue their respective runs tonight too, and there are other NYE and NYE-related shows which you'll find in our New Year's Eve guide.

Around this time last year, when thinking about anticipated records for 2012, we thought we'd be getting one from Kathleen Hanna's new band The Julie Ruin (named after her 1998 solo album) and though it never happened, it's looking like 2013 might be the year it does. Kathleen just revealed The Julie Ruin's first new song, "Girls Like Us," which features lead vocals by Vaginal Creme Davis. You can stream that track below or download it for free at The Rumpus (via Pitchfork). This version was recorded to accompany T Cooper's book Real Man Adventures, but SPIN reports that a version with Kathleen's vocals will appear on the band's debut.

The Julie Ruin - "Girls Like Us" (Vag Vocal Version)