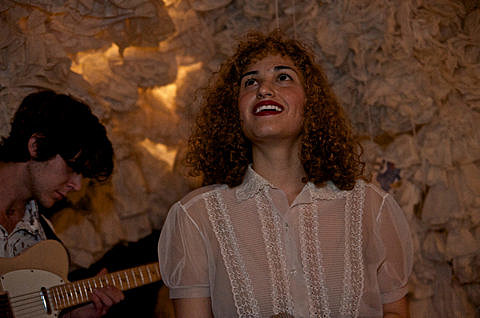 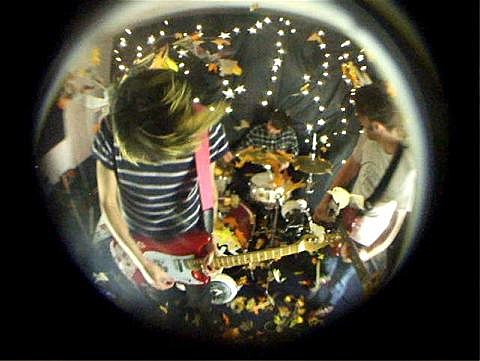 BrooklynVegan and Gorilla Vs. Bear are presenting an early show with Empress of tonight at Pianos. Tickets ($5) are still available.

You might want to stick around Pianos and catch theatrical Berlin singer Bonaparte who'll be performing with Corn Mo as well as his "divas."

Scottish indie rockers PAWS make their U.S. debut at Glasslands tonight and tickets are still available. You can also still enter to win a copy of their tour cassette (only 50 made). You can stream their debut album, Cokefloat!, below.

Grails side project Lilacs & Champagne will return with their second album, Danish & Blue, in April. You can check out the video for first single, "Sweet/Sour," below.

New Zealand's The Phoenix Foundation will release their new album, Fandango, on May 14. You can watch the video to "The Captain" below.

R&B singer Jeremih teamed up with producer Shlohmo (who previously remixed Jeremih's "Fuck U All The Time") for their first official collaboration-- a new song written from scratch for Yours Truly's "Songs From Scratch" sessions. You can watch a video which splices interviews with the two artists and some clips of them in the studio below. The song, titled "Bo Peep," will be made available on March 19.

Shlohmo is on tour now, and will be in NYC on Thursday (3/7) for a show with Rustie and others. His new EP, Laid Out, is also out this week and that can be streamed in its entirety below.

The Phoenix Foundation - The Captain

Jeremih & Shlohmo on "Songs From Scratch"

Jeremih & Shlohmo "Songs From Scratch" from Yours Truly on Vimeo.