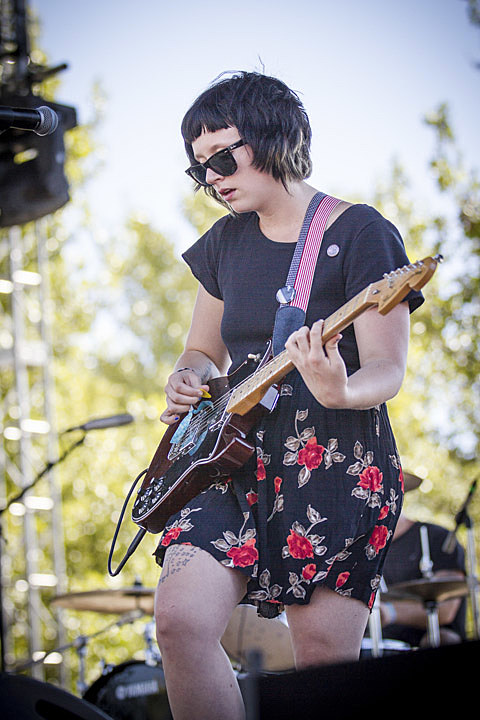 Waxahatchee, Girlpool, The Goodbye Party @ Music Hall of Williamsburg
Waxahatchee's new album, Ivy Tripp, takes Katie Crutchfield into bigger-sounding territory than ever before, and appropriately she has a 5-piece band with her for this tour. Good openers tonight too.

The Sonics, Barrence Whitfield & The Savages @ The Wonder Bar
Seattle garage punk progenitors The Sonics just released their first new album in almost 50 years and has them pretty much picking up where they left off. This show was moved from Stone Pony.

Flowers of Evil, OCDPP (w/ Cassie Ramone, Dee Dee of Dum Dum Girls + OJ Xray Eyeballs), Dark Tunnels @ Elvis Guesthouse
Dee Dee of Dum Dum Girls plays drums in OCDPP, taking a literal backseat to Cassie Ramone (Vivian Girls, The Babies) and OJ of Xray Eyeballs. This is their first show, will be interesting to see what they're like. Dee Dee's husband, Brandon (also of Crocodiles) is in the UK-punk-inspired Flowers of Evil.

Empire Records 20th anniversary celebration (aka Rex Manning Day) @ Rough Trade
For the 20th anniversary of beloved '90s movie Empire Records, Williamsburg record store/music venue Rough Trade NYC will turn into the Empire Records store from the movie for three days (this being the first). It's an immersive experience, which includes a Rex Manning autograph, a head-shaving station, live bands and a DJ each night (tonight it's Charly Bliss, Locksley, The Falling Birds, and DJ LEAHV), a screening of the film, and more. And perhaps most excitingly, GWAR (who make a cameo in the film) will appear at all three nights. All are sold out.

Big Business, Ruby the Hatchet, Wild Pink @ The Studio at Webster Hall
Stoner rockers Big Business are playing some smaller headlining shows ahead of their tour supporting Mastodon and Clutch, one of which is tonight. Retro riffers Ruby the Hatchet are worth catching too.

Turbo Fruits, Big Ups, Boytoy @ Baby's All Right
Nashville's Turbo Fruits, who specialize in garage-pop rippers, will release their new album in a couple weeks...but you might be able to score it tonight early.