Anthrax at Wellmont Theater in 2012 (more by Greg Cristman) 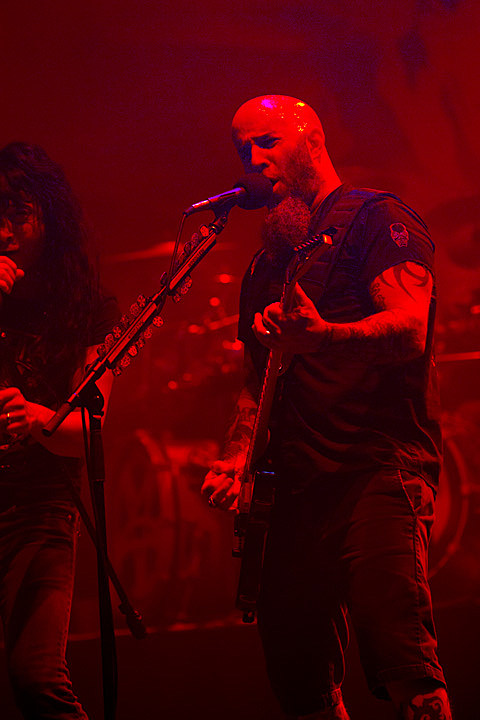 There's some pretty great local support at tonight's Colleen Green show at Death by Audio coming from Habibi, Pop Zeus, and Juniper Rising. Admission is $7 at the door.

Hope everyone had a great Record Store Day yesterday. As always, many of the previously unreleased tracks that came out yesterday have wound up on the internet. Check out streams of MGMT's new single, "Alien Days," Nick Cave & the Bad Seeds' Push the Sky Away b-side, "Animal X," Chelsea Wolfe's "Fight Like Gods" from her split with King Dude, Nicolas Jaar's remix of Grizzly Bear's "Sleeping Ute," and the video for Garbage and Screaming Females' Patti Smith cover below.

As mentioned, Pharrell was promising something "extra special" for his House of Vans show on Friday (4/19), and though Daft Punk didn't show up, he did play his new collaborative single with the duo, "Get Lucky." Three times. Check out a video of that below (via CoS).