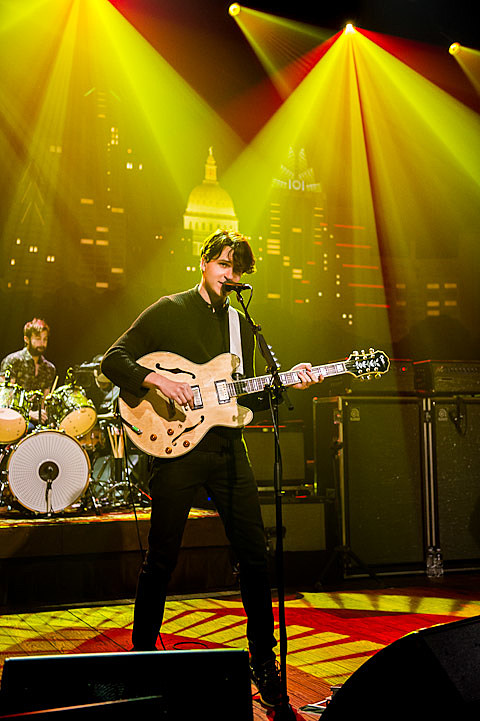 The huge Red Bull Music Academy NYC residency kicks off tonight with a FIXED party at a TBA location. The residency runs through May 31 with tons of cool events. More details HERE and HERE.

If you don't have tickets to tonight's Vampire Weekend show, you can still watch the live broadcast, which is being directed by Steve Buscemi and starts at 9 PM. You can also see that broadcast on the big screens at Brooklyn Bowl.

As a commenter just pointed out, Iggy and the Stooges will be playing Le Poisson Rouge today at 5 PM for a Soundcheck/NPR-presented performance of their new album, Ready to Die, plus classic favorites. RSVP is full, but you can watch the show streaming live on NPR. NPR is also still hosting the stream of Ready to Die.

A$AP Rocky opens for Rihanna at Prudential Center tonight, but does not play Highline Ballroom afterwards. The Rihanna tour hits Brooklyn on May 4 and 5 at Barclays, and Rocky goes on another tour which hits the NYC-area for a few shows in August with Wiz Khalifa, Joey Bada$$, Smoke DZA, and others.

If you're going to Death by Audio tonight for the Pile, Fat History Month, and Porches show, it's worth getting there early for local openers Bennio Qwerty. You can stream their recently released EP below and download it (name your price) at bandcamp.

Bennio Qwerty also return to Death by Audio on May 4 to open the previously discussed Bass Drum of Death and The Beets show. And though we didn't make the connection at the time, Austin's A Giant Dog (mems. OBN IIIs) are on that show too.

Norwegian riffers Kvelertak made a video for the song "Kvelertak" off their pulverizing new album, Meir. Check it out below and catch the band in NYC on their tour with Cancer Bats and Black Tusk this May.