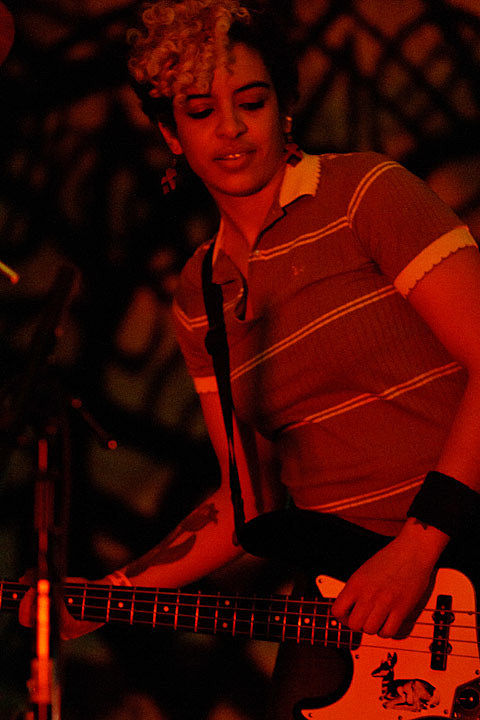 The Thermals bring their tour in support of their new Desperate Ground LP to NYC for their first of two Bowery Ballroom shows tonight. As discussed, Screaming Females open both dates, and Hop Along opens tonights show. Since we last spoke, Don GIovanni band Black Wine were added to Wednesday's (5/29) show.

Back in March, The Thermals came to NYC for a few shows including Ace Hotel's '5 at 5' series. Check out a video of them playing an acoustic version of "You Will Be Free" from their new album at that Ace Hotel show, below.

Alex Bleeker & the Freaks' new album, How Far Away, is out today on Woodsist. The band play a record release show tonight at Knitting Factory with Spectre Folk (who count Steve Shelley as a member) and Big Troubles side project King Cyst. Tickets for tonight's show are still available. You can also listen to the album in the Knit's front room at 6PM where it'll be spinning on vinyl. You can also bring your own vinyl and they'll play it too as part of the club's new Tuesday series, Release and Rewind. The front room is free. You can stream a track from their new album below.

Xenia Rubinos, who has a bunch of NYC shows coming up, covered Talking Heads' "Psycho Killer" for AV Club's "Undercover" series and you can watch that performance below.

Disclosure's single "You & Me" (feat. Eliza Doolittle) from their upcoming debut album, Settle, which was already remixed by Baauer, was just remixed by Toro y Moi. Check that one out below.