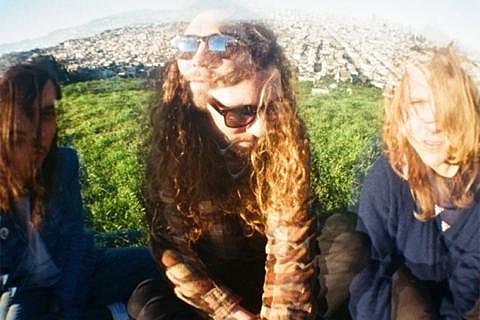 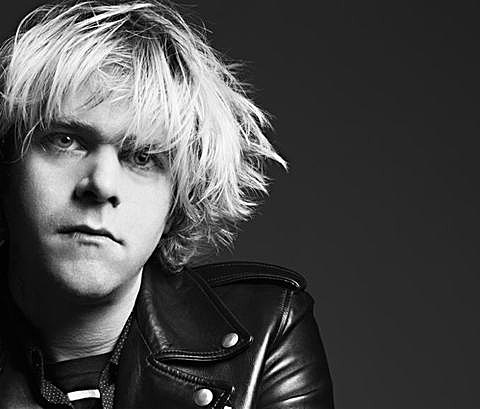 British electronic musician Actress was supposed to make his way over to Brooklyn for a show last year, but ended up having to cancel. He'll finally make his way here for a show at Cameo tonight with Gobby and Solar Year, which is sold out.

Ty Segall brings his proto-metal band FUZZ to NYC for the first time. You can see them for free Summerstage show at Red Hook Park early this evening (7 PM start) with Ex Cult. Then both bands head to Williamsburg for a late show at Death by Audio. The DbA show is $10 at the door which opens at 9 PM with bands on at 9:45 PM. Should be a wild one. If you can't make it tonight, Ex Cult play for free tomorrow too, opening for Oblivians at Seaport Music Festival.

If rocking softly yet debaucherously is more your thing, Ariel Pink's Haunted Grafitti bring their tour to town tonight at Irving Plaza. If you're going, be sure to arrive early to check out gothy and intense Australian Kirin J Callinan . Purple Pilgrims play as well and tickets are still available.

Ariel Pink has probably listened to a few Left Banke albums over the years. The '60s baroque pop legends, whose songs include classics like "Walk Away Renee" and "Something on My Mind,"  play Joe's Pub tonight and tickets are still available.

The Baptist Generals, who recently released their first album in ten years via Sub Pop, have been on a tour with The Mountain Goats which hit Maxwell's lat night (6/5), and tonight they're sticking around the area for their own show at Mercury Lounge with AroarA (tickets).

Chicago house vet Cajmere is coming to NYC for Warm Up later this summer, but you can also catch him tonight at Williamsburg dance club Output with Free Magic & Faso and Discovery (tickets).

For those excited about seeing Icona Pop at Governors Ball this weekend, you might want to hit Santos tonight for the official kickoff party (tickets). It features a performance from Swedish electropop group Kate Boy, whose new single "The Way We Are" is likely to soon be inescapable. You can watch the video for that below. Kate Boy also plays with Haim at Brooklyn Bowl on Saturday which is a Governors Ball afterparty (advance tickets are sold out, though some will be available at the door). Kate Boy tour dates are listed below.

As mentioned, Guns N' Roses, (aka Axl Rose's current version of the band) are one of the three headliners for this years Governors Ball festival. But before that, they'll play a much more intimate show tonight at Brooklyn Bowl. The show has not surprisingly sold out.

Tonight's B-52s show at the Capitol Theatre, which Nicki Bluhm was going to open after cancelling her Brooklyn Bowl show once GNR's was added, has been postponed due to illness. Read more about that here.

The xx made a video for "Fiction" off of last year's Coexist. Check it out below.

Filed Under: Kate Boy, The Left Banke, The xx
Categories: Music News, What's Going on Tonight in NYC
Comments
Leave A Comment
Back To Top