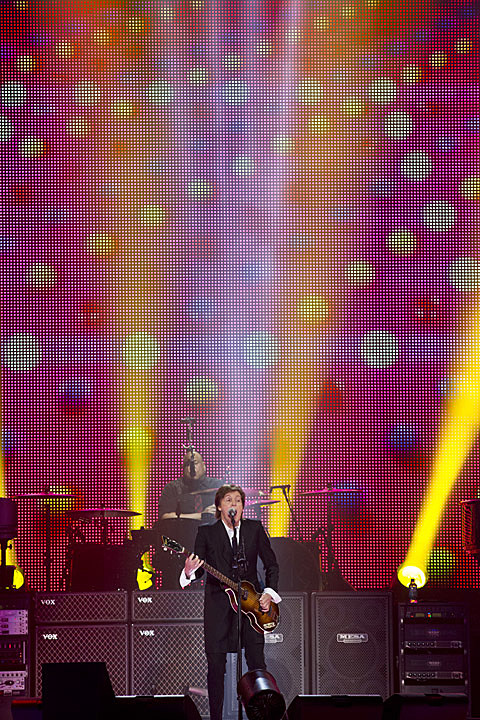 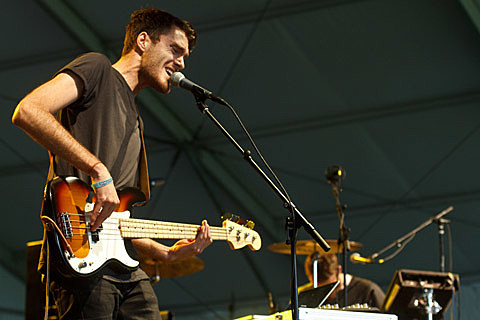 The Drums @ Webster Hall
This is the kickoff party for NYC music industry event The New Music Seminar. It's been a while since The Drums have played (and the members seem to be working on solo stuff these days, so here's a good chance to catch them. Also on the bill: Pearl & the Beard, Avan Lava, and Hess is More who are worth showing up early for.

Bear Mountain @ Glasslands
One of the newer bands we were excited to see at this year's Governors Ball was Vancouver pop four-piece Bear Mountain (pictures of their set), and they won me over. They played at 12:45 PM under a tent on the Friday, so I'm sure some of the people in attendance were just there to stay dry, but most of the very large crowd looked like they were there to see them. They do lean a bit on the mainstreamy side, but they've got the live show to back that kind of thing up, and the tunes are strong too. It doesn't seem like it's going to be very long before these guys are playing way bigger venues than Glasslands, so while they're still in town, it's definitely worth catching their set at the Brooklyn venue tonight. Black Light Dinner Party and Cookies open. - Andrew

The Body, Sannhet & more @ Acheron
The Body played The Acheron last night with Mutilation Rites/Geryon (pictures are up at Invisible Oranges), and return to shake the venue again tonight (tickets) with Sannhet, Theologian and Hasj.

Chaka Khan & more @ The Apollo
The Spring Gala at NYC's legendary Apollo Theater goes down tonight, and it includes a performance by soul/funk veteran Chaka Khan. There will also be performances "in salute to Chaka" by Mary J. Blige, Jennifer Holliday, Patti Labelle and Alexandra Burke.

Gunplay's SOB's show, which was originally scheduled for tonight, is now happening on Wednesday (6/12), and is billed a release show for his Acquitted mixtape, which drops on Tuesday.

If you don't want to go out in the rain, HBO's Pussy Riot documentary, Pussy Riot: A Punk Prayer, airs tonight at 9 PM EDT.