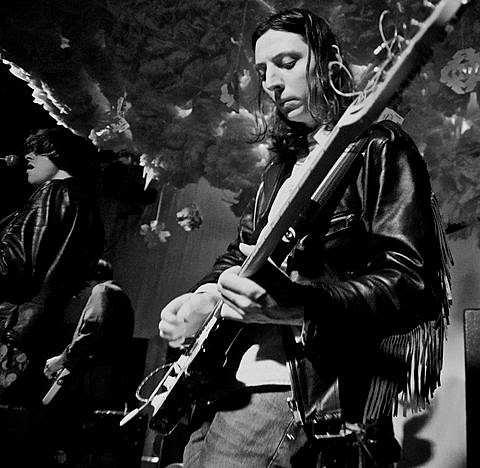 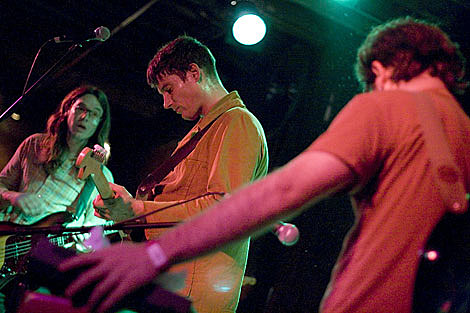 Spinal Tap Vinyl Reissue Party @ Passenger Bar
Come out and celebrate the first vinyl pressing of Spinal Tap's debut album since its initial release tonight at Williamsburg's Passenger Bar. We're presenting the party which features Brooklyn Brewery beer specials and DJ sets from Mike V of The Everymen and D. Jane Gherkin. "The DJ's are hand picked Tap fans who will play a mix of Tap and hits (and misses) from the Tap era. The movie will be playing, $3 Brooklyn Brewery specials, and an opportunity to celebrate the Tap with your fellow Tap heads." Insert your favorite Tap quote here.

We're also giving away a copy of the vinyl reissue of the Spinal Tap soundtrack. Flyer for tonight's party below.

The Menzingers @ Saint Vitus
The Menzingers have been on tour for a few weeks with Fake Problems, Restorations, and Captain, We're Sinking, and they're about to wrap that tour up in the NYC-area this weekend. It ends completely in Asbury Park tomorrow, but not before a sold out show at Brooklyn's Saint Vitus tonight.

Elliphant @ Glasslands
Swedish pop singer Elliphant has been on tour with Twin Shadow (who just played Governors Ball), and she'll take a night off from that for her own NYC show at Glasslands tonight with Heartsrevolution and a DJ set from Computer Magic.

Chickfactor 21 @ Bell House
The best sideways, lower-case indie zine around, chickfactor is celebrating 21 years in existence this week at The Bell House which means its legal to drink so buy it a shot. The first night of the three-day fest features the mercurial Lilys, plus onetime Tiger Trap singer Rose Melberg, Australia's legendary Cannanes, local indie rockers Versus and "special guests" which will actually probably be quite special. Tickets are still available. 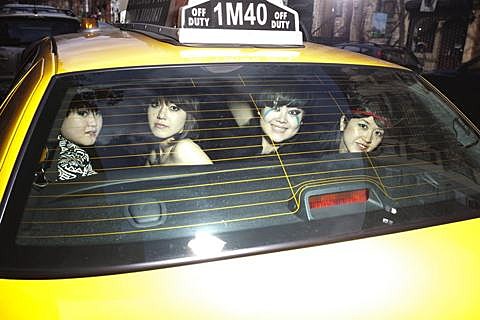 The Suzan, Xenia Rubinos and more @ The Delancey
From Japan but living here in NYC, The Suzan are always a lot of fun live. Hopefully they'll soon deliver a follow-up to 2010's Bjorn Yttling-produced sophomore album. This show is an official New Music Seminar showcase that also features the talented Xenia Rubinos and is FREE.

The Postelles, Pretty & Nice at Studio @ Webster Hall
The band we're most interested in on this bill are Pretty & Nice, whose nervy brand of power pop recalls '80-era Squeeze and XTC, or the twisty melodies of AC Newman and can be heard on their new album. This one is also part of the New Music Seminar, but it's not free. Tickets are $13.

Pictureplane DJ set @ The DL
We know it's just a DJ set, but Pictureplane finds a way to make any event that he's part of interesting, so this should be a good one. Other DJs on the bill include Becka Diamond and Silent Drape Runners.

Finger on the Pulse BBQ Blowout @ Good Co.
The Bresnitz brothers behind Finger on the Pulse and Snacky Tunes are back with another summer's worth of BBQ Blowouts at Williamsburg spot Good Co. DJ Todd will be spinning tunes with onetime Top Chef contender Dale Talde will be manning the grill. $10 advance tickets ($15 at the door) get you a plate of (probably mostly un-vegan) food and a beer. 7 PM - 10 PM.

"Sinatra in the Park" at Central Park Summerstage
If you happened to have $25,000 extra dollars this evening, you may consider buying a VIP Pass to Summerstage's all-star fundraiser gala that, this year, is a Frank Sinatra tribute. The package includes backstage passes, a cocktail party, a shout-out from the stage, a three course dinner and a full page ad in the program. If you are feeling a bit more reserved, the $15,000 package is a nice one as well, but good luck getting backstage. Either way it goes to City Parks Foundation and is tax deductable. John Pizzarelli and The Swing Seven, Andrew Bird, Marc Cohn, Suzanne Vega, Loudon Wainwright III and (just announced) John Legend will be among those covering Ol' Blue Eyes in Central Park. $100 general admission tickets are sold out. 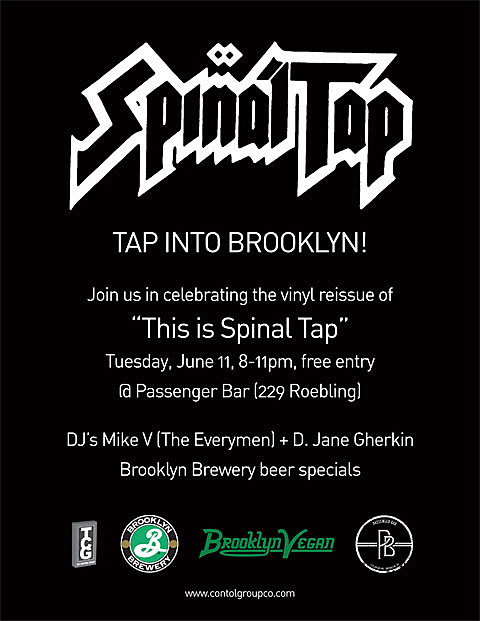 Filed Under: Finger on the Pulse, Pictureplane, Pretty and Nice, The Suzan
Categories: Music News, What's Going on Tonight in NYC
Comments
Leave A Comment
Back To Top