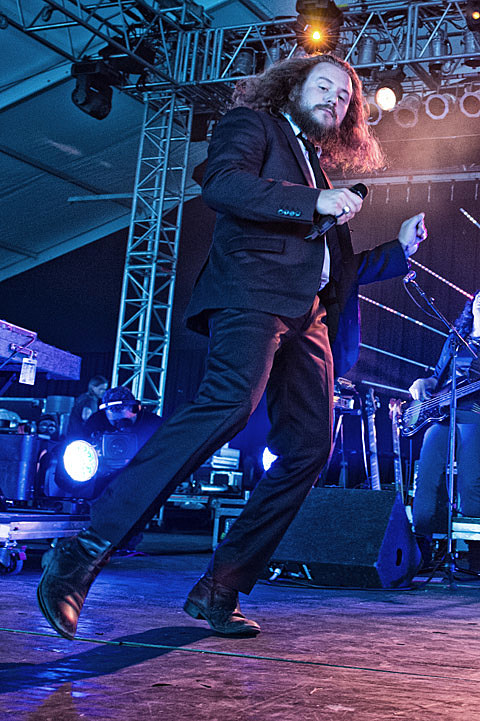 Jim James & The Roots @ Prospect Park
My Morning Jacket frontman Jim James and hip hop renaissance men The Roots are teaming up for a collaborative set today for a Celebrate Brooklyn show at Prospect Park. Tickets are still available.

Syd Arthur @ Mercury Lounge
The UK's Syd Arthur seem to be pretty doing pretty well over in their home country, and now they're bringing their proggy, jazzy pop over to the US for a NYC show at Mercury Lounge tonight. Celestial Shore open.

Heliotropes @ Glasslands
NYC's Heliotropes are celebrating the release of their debut album, A Constant Sea, tonight at Glasslands with support from Bad Cop and Fan-Tan. (You can stream the album over at SPIN.) They also play the free 4Knots Festival later this month.

Guards @ Brooklyn Bowl
Another solid NYC band, Guards, play a show at Brooklyn Bowl tonight. It's free if you RSVPed (which is now closed) and if you didn't, you can still get in with $5 at the door. Fort Lean open.

Mother Falcon @ Littlefield
Austin's 18-piece baroque pop collective Mother Falcon continue their two NYC residencies tonight at Littlefield. Each one has different guests and tonight's are Johnny Gandelsman and Christina Courtin. Their next NYC show is 6/23 at Joe's Pub.

Ned Rothenberg, Marc Ribot & more @ The Stone
Multi-instrumentalist Ned Rothenberg is beginning his weekly residency at The Stone tonight with two shows. His first show (8 PM) is with Peter Evans and Zeena Parkins, and his second (10 PM) is with guitar wizard Marc Ribot.

The English Beat @ City Winery
The Hudson Square Music & Wine Festival continues tonight with a show from Dave Wakeling's The English Beat. No other original members... but it's free.