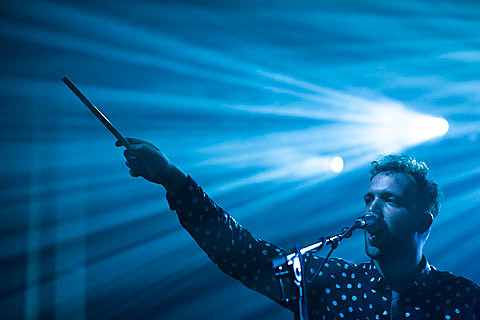 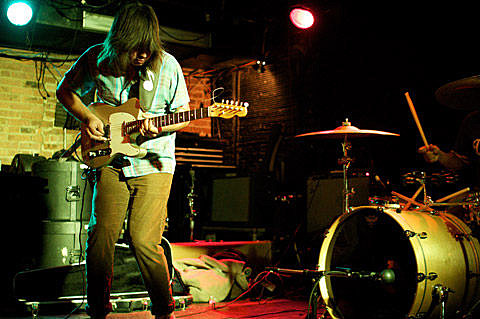 Happy first day of summer! It's also the solstice -- the longest day of the year. Do something outside if you can, like...

Make Music New York
If you hear more racket from outside your window that normal today, it's because it's MMNY Day, with free performances in public places of all shapes and sizes. Gongs in Herald Square? Yes. A multitude of accordians in Central Park? It's true. Lot's of people performing the songs from Beck's sheet music album, Song Reader, at Joe's Pub all afternoon? It's happening. And tons more. All free. Check out the full schedule.

Hillstock
Also part of MMNY is the kickoff block party for 3-day DIY Brooklyn festival Hillstock which happens at Putnam Plaza (Fulton St and Grand Ave) featuring The Brooklyn What, Brown Rice Family, and more; and a $10 afterparty at Free Candy (905 Atlantic Ave) with Eskalators, Toothaches, Spooktober, and more.

Amadou & Mariam, Bombino @ Prospect Park Bandshell
You will be hard pressed to find a more inspiring story than that of Amadou & Mariam, the couple from Mali who both went blind during their formative years. At tonight's free Celebrate Brooklyn! show, the duo's afrobeat stylings will be joined by a fellow African legend, rock and blues guitar virtuoso Bombino.

Fear of Men, Writer @ Seaport Music Festival
If you like well-crafted, not-too-twee janglepop, head to South Street Seaport for the penultimate Friday of the Seaport Music Festival with UK group Fear of Men. Veronica Falls, watch your backs. Just added to the bill: local duo Writer who we profiled back in January. Plus it's free, early (7 PM start). outside and a nice way to start the weekend.

Man Or Astro-Man?, Jacuzzi Boys @ Brooklyn Bowl
Sci-Fi post-punks Man Or Astro-Man? put out their first album in more than a decade this year and finds them in the same enjoyable orbit as before. Of course, seeing them live is where it's at, and they've brought with them Florida's party animals Jacuzzi Boys on this tour, making for an almost guaranteed good time. Tickets are still available.

Rogue Wave, Caveman @ Music Hall of Williamsburg
Fans of smart guitar pop, valhalla awaits. California's Rogue Wave, whose new album Nightingale Floors just came out this week, hook up with New York's Caveman for what is sure to be a very pleasant night indeed.

DJ Spooky @ The Met
DJ Spooky aka D.C. based philosopher, author and musician Paul D. Miller will be spinning at the Met tonight, before appearing at the MoMa all this week with his 21st century take on the first American "blockbuster" film, 1915's overtly racist The Birth Of A Nation. Spooky uses DJ mixes and other forms of multimedia to take the issues portrayed in the film and place them into a modern context.

Rancid @ Terminal 5
Tim Armstrong's snarl and non-guitar-playing will again be front and center at Terminal 5, running through 20 years of favorites with Rancid after playing a set with Transplants. Crown of Thornz play support, bringing their hardcore to the large stage.

Firefly Music Festival
It's not in NYC, but it's not that far away (Dover, DE), and features Japandroids, Red Hot Chili Peppers, Kendrick Lamar, Tom Petty, Yeah Yeah Yeahs, MGMT, Passion Pit and more. Oh, and BrooklynVegan has a stage too. Stop by if you're going.

Martin Rev, Eraas, You @ Bowery Electric
As one half of Suicide, Martin Rev planted the seeds for pretty much everything dark and electronic to follow. (For better or worse.) Tonight he plays with two of his young progeny -- both pretty good, especially Eraas -- who will both likely be eyeing his Moog settings.

The Psychedelic Furs @ The Paramount
It's still okay to dance like Molly Ringwald, especially when seeing Richard and Tim Butler's veteran alt-rock group turn on the hits. "Love My Way," "Into You Like a Train," and "President Gas" still sound great. Tickets are still available. 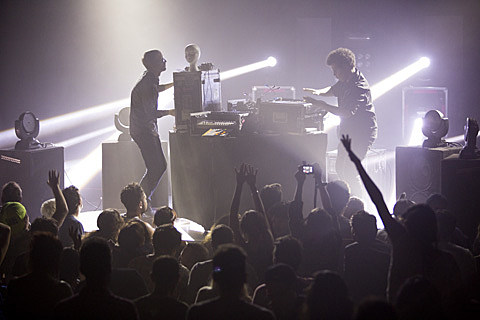 Giraffage, Mister Lies & more @ 285 Kent
Brooklyn DIY spot 285 Kent should turn into a pretty huge dance party tonight when beatmaker Giraffage takes over to headline the venue. HIs tourmate, ambient pop musician Mister Lies, should get things started pretty nicely too. The bill's rounded out by FLOTE and Knox.

Japanther, LVL UP, Ken South Rock, Weird Womb @ Shea Stadium
Noise duo, Japanther, is playing a stacked show tonight with LVL UP, Ken South Rock and Weird Womb. Both Japanther and LVL UP have released new music recently, with LVL UP touring this summer in support of their newest 7", Extra Worlds. This is the first of three shows LVL UP will be playing in Brooklyn, and you can catch them at their next two shows with Julia Brown on July 21 and August 8. 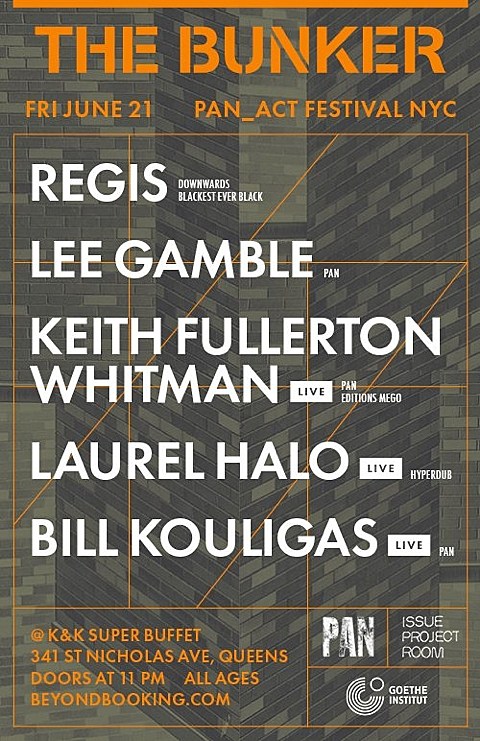