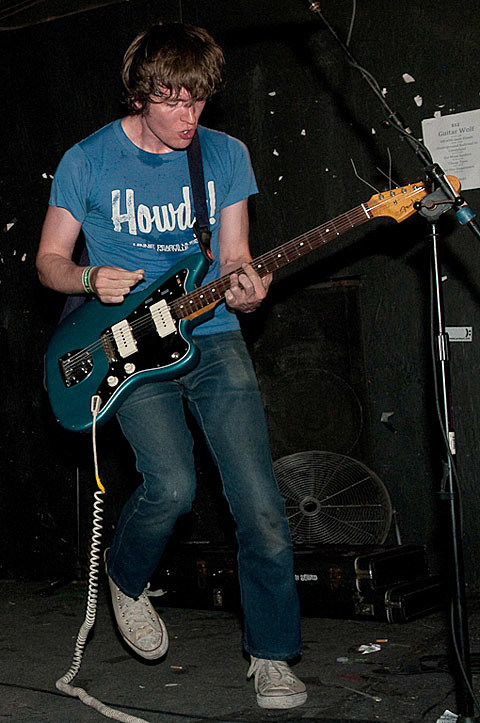 Cheap Time, Shockwave Riderz, Vim Dicta @ Pianos
While it's a night off from their tour with Social Distortion, there's no rest from Nashville's glammy, furious Cheap Time who headline tonight at Pianos. We're also curious to check out Shockwave Riderz which features a few members from Modey Lemon and whose new EP is worth checking out.

Dawes @ Housing Works Bookstore Cafe
Dawes brought their tour through NYC for a big show at Terminal 5 on Saturday (6/22) and they're hanging around for something much more intimate: an acoustic show at Housing Works Bookstore Cafe tonight. Support comes from Sarah Lee Guthrie and Johnny Irion. Sold out. They'll be back in the area later this summer for a Capitol Theatre show (7/24) with Shovels & Rope (tickets).

FaltyDL (DJ), DJ DRM @ Le Bain
NYC's UK-garage-inspired producer FaltyDL was pretty busy last month with his tour with James Blake and his participation in the Red Bull Music Academy residency, and now that he's had some time off, he'll be DJing a 'Giant Step' party in his hometown at Le Bain tonight.

Unfortunately, Yasiin Bey's (fka Mos Def) free Summerstage show that would have happened tonight has been cancelled. There will no replacement act, the venue will be closed.