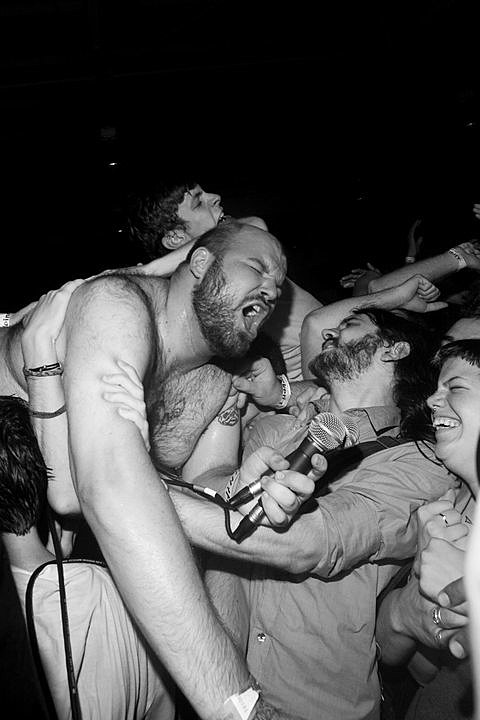 Prefuse 73 @ Output
Instrumental hip hop icon Prefuse 73 will be coming to NYC tonight to DJ the weekly Input party at Williamsburg dance club Output. These things tend to go late, so if you like to dance all night, this should be a good one. 10 PM doors. Advance tickets are still available.

Old 97s, Trapper Schoepp & The Shades @ Brooklyn Bowl
Alt-country band Old 97s will be kicking off their three-night stint at Brooklyn Bowl tonight. Each night sees the band playing a different album in full (plus other songs) with a different opener. Tonight Old 97s will perform Hitchhike to Rhome, and support comes from Trapper Schoepp & the Shades.

Keren Ann @ City Winery
Singer-songwriter Keren Ann was at City Winery back on the 20th, and she plays her second show at that venue tonight. We hear her set goes great with a bottle of the City Winery produced Keren Ann signature Cabernet Sauvignon.

Advaeta, Dark Room, Lorelle Meets The Obsolete, Bueno @ Shea Stadium
Brooklyn trio Advaeta, who are a regular on the local live circuit, are playing a release show for their new 7" at Shea tonight with sets from Dark Room, Lorelle Meets The Obsolete, and Bueno. You can stream both sides of the 7", "Gold Thought Exit" b/w "Newo" (which were recorded at the Silent Barn studio), below.

Mark Mulcahy @ Mercury Lounge
Having just released Dear Mark J Mulcahy I Love You, his first album in eight years, the onetime Miracle Legion and Polaris singer is also playing his first NYC show in ages. The new LP is terrific (stream it via Spotify) and his warm, weathered voice is always welcome. Tickets are still available.

Butter The Children, Huge Pupils, Poverty Hollow, Flagland @ Death By Audio
Downtown-signed pop shoegazers Butter the Children are headlining a bill at Death by Audio tonight, which is being rounded out by Poverty Hollow, and Flagland. Ovlov were initially on this show, but have been replaced by Huge Pupils.

Hugh Masekela @ Jazz Standard
Legendary horn-player Hugh Masekela was in the NYC-area for three shows this past spring, and this week he'll be actually in NYC for four nights at Jazz Standard. The first of those is tonight, and he'll be there every night through Sunday (6/30).

Q-Tip Offline @ Stage 48 Z Bar
The funky will be well-represented at Q-Tip's sold-out OFFLINE party, where the Abstract Poetic will rope in like-minded selectahs to join him behind the wheels of steel. Asses shall shake.

Peter Frampton, Robert Cray @ Beacon Theater
Back in 2011, Peter Frampton celebrated the 35th anniversary of Frampton Comes Alive, and now he's back out on the road with his Guitar Circus and special guests Robert Cray Band, Don Felder (ex-Eagles), and Byrds founder Roger McGuinn. Roger's been joining him for some classic Byrds tunes at recent shows, so hopefully we can count on that happening tonight too.

The Girl Can't Help It @ Videology (FREE)
There were rock n' roll movies before 1956's The Girl Can't Help It, but it was the first to not treat it like some dumb teenage fad. Smart, funny and visually inventive, with performances from Little Richard, Fats Domino, The Platters, Eddie Cochran, and Gene Vincent, it's a genuine classic. 8 PM.

Anamanaguchi, Heartsrevolution, Gildas @ Music Hall of Williamsburg
Absolut Vodka is in the middle of a Williamsburg takeover, which began last Saturday (6/22), and includes a Kitsune party at Music Hall of Williamsburg tonight (6/27) with sets from Anamanaguchi, Heartsrevolution, and Gildas. The party is free, but RSVP closed yesterday, and now the only way left to get in is to find Heartsrevolution in NYC today in their one-of-a-kind crystallized ice cream truck. They have ten tickets left, and there's no word yet on where the truck will be today, but you can follow their twitter for updates.

The Absolute takeover also includes a Pride celebration on Friday (6/28) as part of NYC Pride Week.