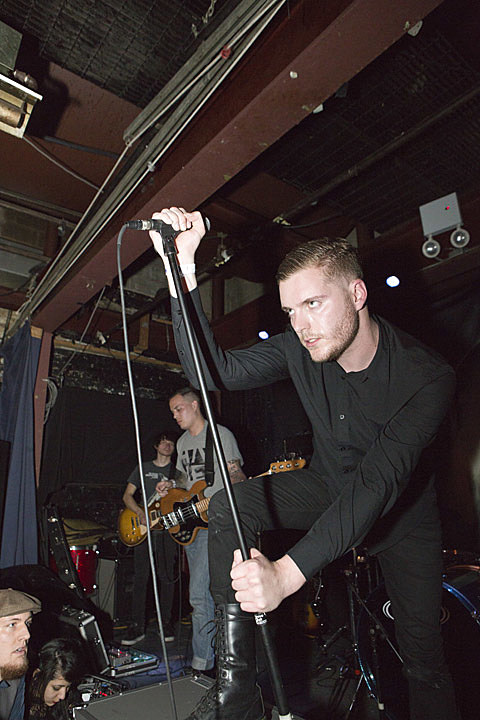 Deafheaven, Marriages, Nothing @ Saint Vitus Bar
California's Deafheaven are often lumped in with metal bands because of their lineage, but they shouldn't be. On the band's new LP, Sunbather, shoegaze takes precedent over black metal, making for a beautiful and thoughtful listen. Marriages supports, but don't miss Nothing if you like your shoegaze on the heavy side. Sold out, but you can also check out Deafheaven/Marriages at 285 Kent on Thursday (7/40.

Ian Hunter @ Maxwell's
The Mott the Hoople frontman will make his way to Hoboken for a sold-out show at the soon-to-close Maxwell's tonight. The intimate show will be a nice setting to see him in, but if you didn't get tickets, you can catch him NYC again this September, when he hits City Winery for two shows.

The Pietasters @ City Winery (FREE)
Relive that time when you were 12 and loved ska with long-running Pietasters, who play today's installment of the free Hudson Square Music & Wine Festival. 5 PM.