Souls of Mischief back in the day... 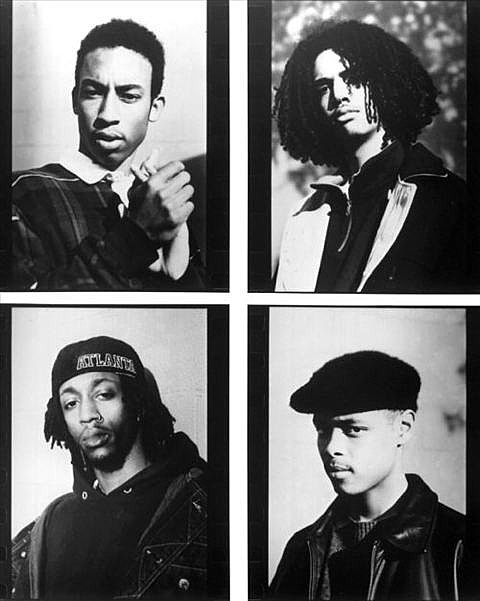 Soul Khan, The Doppelgangaz @ The Studio at Webster Hall
Soul Khan headlines the Studio tonight, but it's especially worth getting there for New York rap duo The Doppelgangaz, whose solid new album, HARK, came out earlier this year.

Souls of Mischief @ S.O.B.'s
West Coast Heiroglyphics crew Souls of Mischief celebrate the 20th anniversary (!) of their classic 93 Til Infinity with Mick Boogie in tow. For fans of 90s-era hip hop, it's a must. Tickets are still available.

Big Star: Nothing Can Hurt Me @ IFC Center
This acclaimed documentary about the quinessential "shoulda been huge" band opens today at the West Village's IFC Center. The 7:10 screening has a Q&A with the filmmakers and Big Star drummer Jody Stephens who will also introduce the 10:10 screening.

Nina Kraviz, Eduardo Castillo, Taimur & Fahad @ Output
Russian DJ NIna Kraviz is still on the heels of her excellent debut album which came out in 2012, combining deep house with art pop songwriting. She's an impressive singer and a great DJ too, so no matter what she ends up doing tonight, this should be a pretty good time.

Alberich, Lussuria, DJ Ning Nong, DJ Tamaryn @ Nothing Changes
Get ready to get smoked out by the fog and trippy lights at Nothing Changes tonight, when Alberich joins Lussuria for a late night bacchanalia of noise and industrial electronics.

Harmonica Lewinskies, The Teen Age, Gunfight, New Politicians, Original Soundtrack @ Pianos
A mishmosh of a bill, but highlighted by Brooklynites The Teen Age whose catchy, shambly indie rock is much more memorable than their name.

TOONS, Pregnant, Spires, Wabi Sabi TV @ Silent Barn
Also in the shambly pop pigeonhole are TOONS, whose songs on their bandcamp match snotty attitude with big choruses. Worth checking out. Also on the bill: Spires (ringing pysch-pop) and California group Pregnant who probably own a couple Animal Collective records.

Very Disco (Daft Punk Tribute) @ Highline Ballroom
Still no word on if/when Daft Punk is ever going to tour, but if you're itching to get your Daft Punk on in a live environment, you can head to Highline Ballroom tonight for the 8-piece tribute band. The show starts at 10 and they're promising a two hour set. Stay up all night to get lucky.

Avery*Sunshine (BAM Rhythm & Blues Festival) @ Metrotech
The BAM R&B Festival, which usually takes place on Thursdays, happens on Wednesday this week (for obvious reasons) with a set from Avery*Sunshine.

Big Terrific @ Cameo (FREE)
Max Silvestri hosts this weekly free comedy show and even though Big Terrific cohorts Jenny Slate and Gabe Liedman spend most of their time on the West Coast these days, he still gets great guests for this. You never know who will show up... unless you check Max's twitter about two hours before the show.